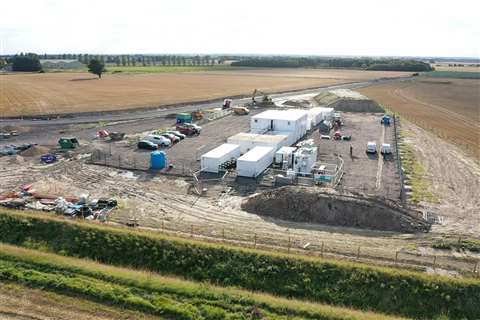 A remote part of Lincolnshire in the UK is hosting the world’s first hydrogen fuel cell-powered construction site, according to Siemens Energy, lead contractor on the National Grid’s Viking Link interconnector project.

Siemens says the site will not have access to a grid connection for six to eight months, so it has moved ahead with the installation of a hydrogen fuel cell system, which will provide heat and power to the entire construction village in the interim period, negating the need for any diesel generators.

The system, which was piloted by Siemens last year, at the UK’s Goodwood Festival of Speed, was installed at the site in August and will provide 250kVA of standard three-phase, 400V electrical power, plus up to 80kW of heating to approximately 20 cabins across the construction village.

Siemens staff will use the cabins, which contain welfare areas, offices and meeting space, as they build access roads and begin construction work on the project’s converter station later this year. 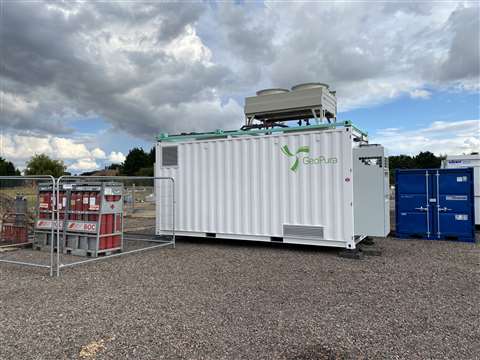 The fuel cell system has been further developed since last year, by Siemens’ energy partner, GeoPura, to make use of the heat normally lost from its own cooling system; it now passes through a heat exchanger, heating water which is piped through to drying rooms for site workers’ personal protective equipment.

The system incorporates 216kWh of battery storage, which Siemens says will be used to smooth peaks in power demand and improve the efficiency of the system. The battery storage also means the output of the system will be unaffected, should there be an interruption to the hydrogen supply, with several hours of power supply available.

In addition to powering the cabins and drying room, power will also be provided to six electric vehicle charging points on site.

As well as producing zero carbon emissions, the hydrogen fuel cell system eliminates NOx and particulate emissions from the site. It will initially use hydrogen from conventional sources, but Siemens says it aims to source green hydrogen as soon as a suitable supply line has been confirmed.

The company estimates a tonne of CO2 will be saved each week, across the site.

Steve Scrimshaw, vice president, Siemens Energy UK&I, said, “This is a great project and I’m delighted that we as Siemens Energy, with our partner GeoPura, have been able to walk the talk on how to build the hydrogen economy. In order to get the hydrogen economy moving we need to create a market, and it is small projects, such as this, which will increase the demand for green hydrogen, providing a pipeline of work for the supply chain.

“We have 30 years to reach net zero and at that point, we won’t be able to use things like diesel to power a generator. This is truly the future for off grid power – and this project should be a model for others across the country.”

Viking Link project is a joint venture between National Grid Ventures, part of National Grid, and the Danish electricity system owner and operator, Energinet. The 1.4 GW high voltage electricity interconnector will be the longest in the world when completed, stretching 765km subsea and onshore connecting from Bicker Fen in Lincolnshire, UK and Revsing in South Jutland, Denmark to enable clean energy to be shared.