With the World Demolition Awards shortlists announced later this month, we look back at a winning entry from 2021, Cantillon in the Urban Demolition category.

Cantillon’s Blossom Street project in London was the company’s first project to include a major substructure package. (PHOTO: Cantillon)

Delivered for British Land, key aspects of the works included:

■ Demolition of six buildings (predominantly warehouses) across three plots in the heart of Shoreditch, down to and including the lowest slabs and foundations.

■ Piling works, including the installation of a 750 mm (29.5 in) diameter secant wall to the main site perimeter, and bearing piles to support main structures, notably developing the design to avoid the requirement to use fluid support.

■ Installation of permanent works reinforced concrete capping beams, prior to the installation of the basement temporary works propping.

■ Underpinning and sheet piling, prior to installing an imported granular subbase and blinding to form the required levels in preparation for the substructure construction.

■ Substructure construction, ranging from traditional piled foundations to raft structures, and incorporating existing slabs and structures into the process. The substructure scope includes the construction of basement slabs and vertical elements, including lift shafts, columns, and walls up to and including the ground floor slab.

Simply put, Blossom Street was one of the most complex demolition projects in London, requiring Cantillon to overcome several challenges.

Demolition in a conservation area

It was located adjacent to a mainline station, and above two Tube lines, so the site required the company to work closely with Network Rail and London Underground, implementing protection measures and securing necessary approvals.

Following close liaison with the local authority and conservation groups, Cantillon commissioned a high-definition photographic survey to record the original nature of the cobbled sett bond and material.

It then carefully removed individual setts and stored them offsite, ready for the client to faithfully reinstate them once construction works were completed.

Located beneath the site are ruins of St Mary Spital’s priory, recognised as a Scheduled Ancient Monument.

Through collaboration with Historic England and MOLA (Museum of London Archaeology), Cantillon facilitated a 20-week archaeological dig (the largest of any of its projects at the time), enabling safe excavation of historic artefacts ahead of piling.

The project required the retention of several buildings, including an 18th century warehouse and original 19th century façade. This was achieved via temporary works, including steel supports and kentledge concrete blocks. 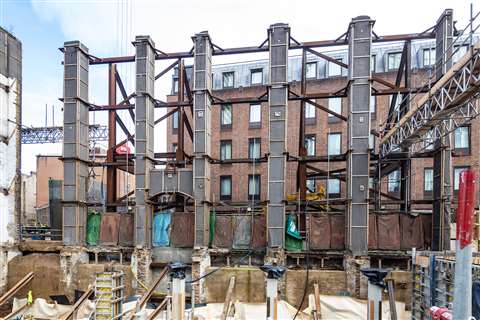 Façade retention was a vital part of the project. (PHOTO: Cantillon)

Buried within the site is a channel of cables, including live electrics for UKPN (UK Power Networks Substations), and fibre optics serving the Broadgate banking sector.

As this crucial infrastructure couldn’t be disturbed, it was necessary to construct a complex and bespoke 18 m (59 ft) temporary gantry truss to suspend and protect the cable box, while Cantillon conducted demolition works around and beneath.

The redevelopment of Blossom Street is a sensitive issue within the local community, with numerous high-profile stakeholders historically opposing the scheme.

Acting as client representative, Cantillon said it overcame this by conducting meetings and site tours for community members, ensuring that their views were listened to and incorporated into our decision-making.

To foster further good will, it donated reclaimed materials to community groups for use in their own projects, donated £1,500 (US$1,800) of produce to the local food bank, and ran regular on-site food stalls to raise funds for local charities.

The company said these efforts succeeded in turning opposing voices into advocates. It was also proud to have achieved a safety record including:

A comprehensive health and safety strategy included investing £34,500 ($41,600) in H&S-related training courses for staff working on the project and introducing a sector-leading range of initiatives to support occupational health, mental health, and wellbeing. 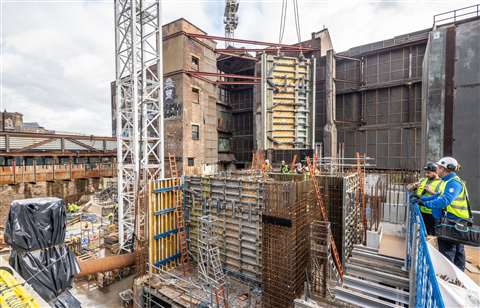 This included funding private medical insurance for all staff, and establishing two mental health first aiders on site, both of whom are trained to Ofqual standards.

Cantillon placed a key focus on minimising the environmental impact of its works. It conducted a pre-demolition circular economy audit with British Land, identifying materials arising from the demolition that could be reused in future projects.

This resulted in Cantillon salvaging more than 1,000 bricks, and substantial amounts of structural timber, herringbone parquet flooring, slates, and setts.

It diverted 99.79% of all waste from landfill. Key to this was treating around 40,000 t of contaminated hardcore and muck, enabling 25% to be reused on site as aggregate, and the remainder to be safely used in future construction projects.

In a milestone achievement, Blossom Street is the first project where Cantillon accurately measured the carbon footprint of its entire site operations, including electricity, oil, gas, water, waste disposal, and vehicle fuel.

Through collaboration with The Green Organisation, it also offset the carbon footprint of the works by planting 140 trees.

After two years on site, in April 2021 the project was successfully completed on time, and on budget. It produced £7 million ($9 million) of cost savings for British Land, without any impact on quality.

This was achieved at design stage by adapting the piling strategy from a largely LDA (Large Diameter Auger) approach to a hybrid solution, utilising CFA (Continuous Flight Auger) technology and mini piling.

Ultimately, the demolition works paved the way for the creation of a 32,500 sq m (350,000 sq ft) development, providing commercial, retail, and public spaces. 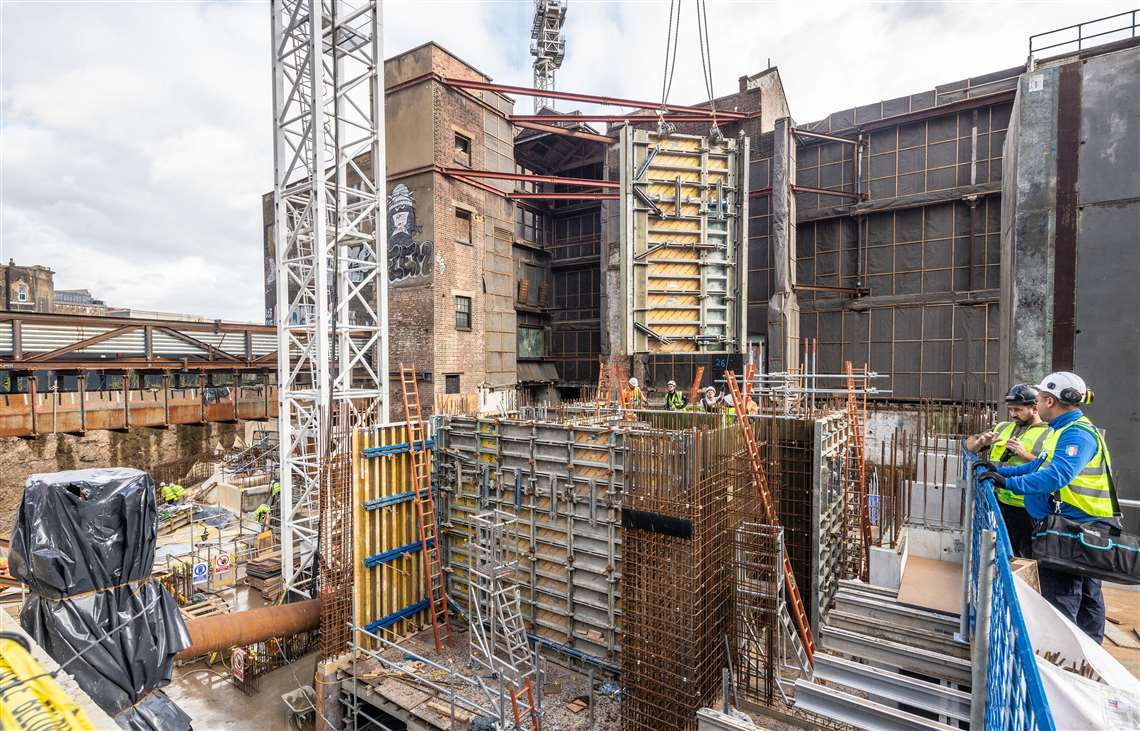 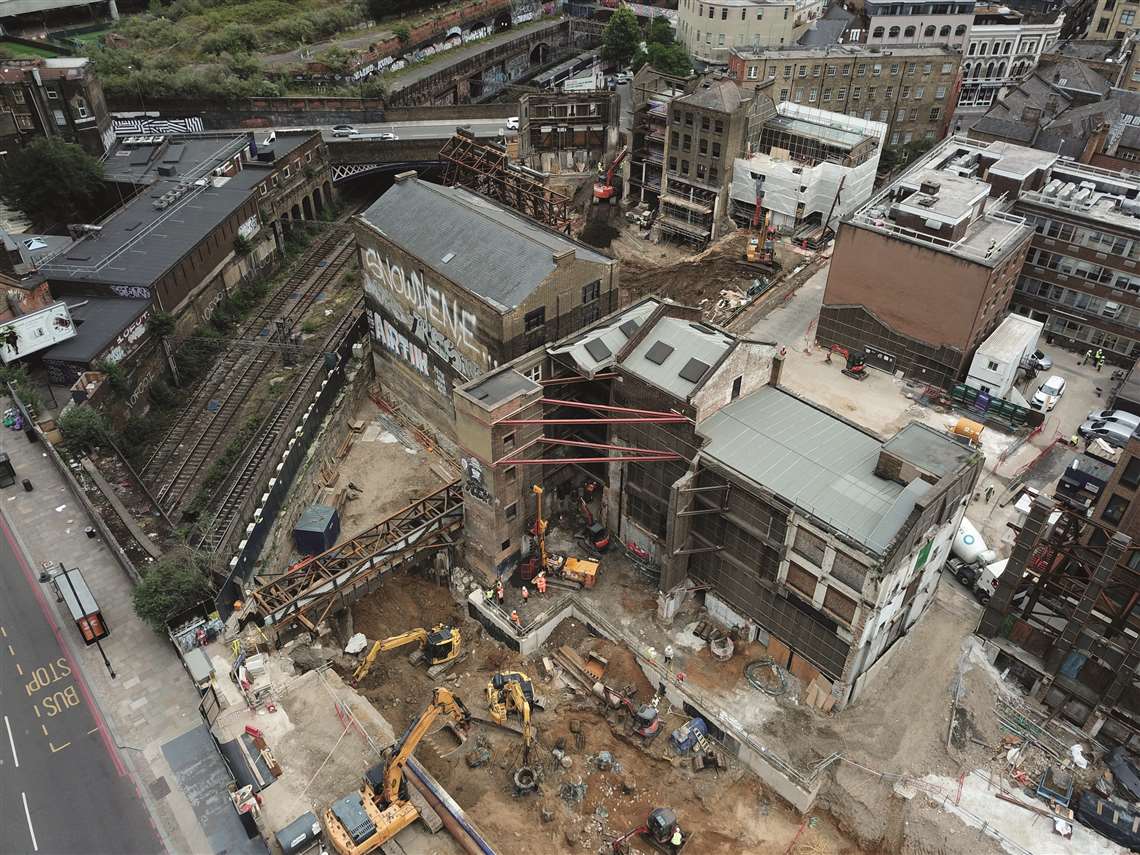 Cantillon’s Blossom Street project in London was the company’s first project to include a major substructure package. (PHOTO: Cantillon) 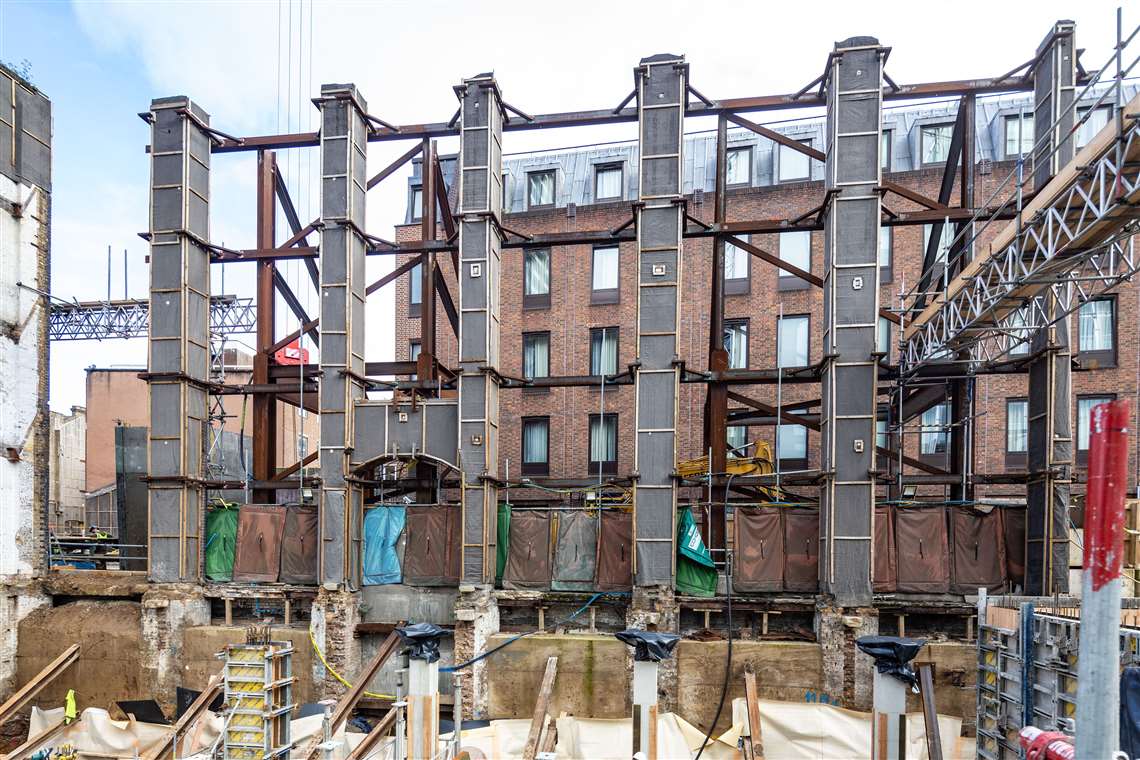 Façade retention was a vital part of the project. (PHOTO: Cantillon)
Previous Next ×