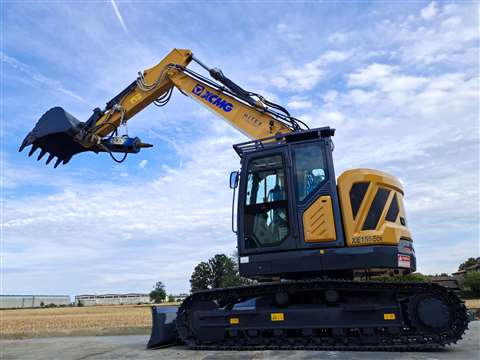 China-based OEM XCMG has announced that, for the first half of 2021, the company had revenues of CNY53.234 billion (US$8.24 billion), a year-on-year increase.

XCMG also revealed that revenues outside of its domestic market of China accounted for CNY4.854 billion (US$751.29 million), year-on-year growth of 68%.

This growth in both domestic and overseas markets is despite a general decline in sales in China and sharp increases in raw material costs worldwide.

The OEM is one of the largest in the construction industry by sales, ranking highly in the most recent Yellow Table, International Construction’s ranking of the world’s top 50 OEMs.

According to the company, in the first half of the year sales of eight main equipment products increased by 32% year-on-year.

In its news release, XCMG reiterated that the company was looking to boost its global footprint, saying that, in the first half of the year, it had accelerated building overseas market channels, service outlets and spare parts guarantee system, as well as signing 25 new overseas distributors.

The OEM added that it is promoting digital transformation based on the new ‘Intelligent Manufacturing 4.0’ model, strengthening the layout and construction of the new generation of information technologies including, AI, 5G, industrial internet and digital twins, as well as accelerating intelligent manufacturing.