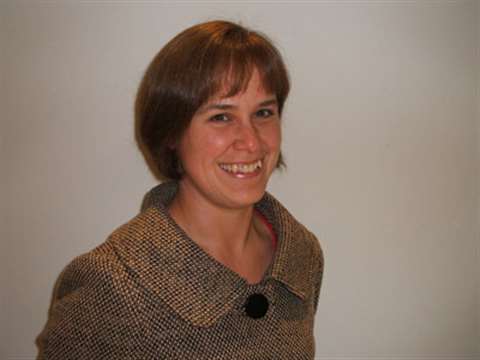 April 2008 will see much of the environmental discussion, consultation and policy making of 2007 put into practice for the UK's construction industry. As the new measures come into force, what be done to comply with them and what are the consequences of non-compliance?

Energy Performance Certificates (EPCs) and Display Energy Certificates (DECs) come into force in various stages up April and October. All buildings which are bought, sold or rented in the UK will require an EPC to show the 'asset rating' of the building, conveyed on a scale of A (very efficient) to G (very inefficient). The EPC will also present information about the potential energy rating of the building that could be achieved if recommendations in the EPC report are met.

DECs are akin to EPCs, but provide information about the actual energy performance of the building. Most large public buildings will have to display DECs and previous ratings must be shown to indicate whether the energy performance is improving.

Trading standards officers will enforce both EPCs and DECs, issuing penalty charge notices for failures to comply. Significantly for the construction industry, a practical completion certificate will not be issued until the EPC is obtained.

EPCs and DECs will soon impact upon property dealings, as asset ratings and running costs of comparable buildings become market knowledge. Energy efficiency is already having an effect on how properties are valued, with more energy efficient buildings potentially attracting higher premiums.

The Building Regulations increasingly incorporate energy efficiency requirements. Part L (concerning the conservation of fuel and power) and Part F (ventilation) were last revised in 2006 and are expected to be further revised by 2010, wherein CO2 requirements will align with strict initiatives such as the Code for Sustainable Homes (the criteria of which is zero carbon homes by 2016). Such provisions not only effect new buildings, but also existing buildings.

It is no surprise that waste is a particular government target; over 100 million tonnes of material is discarded as waste annually in the UK construction industry.

Site Waste Management Plans (SWMPs) come into force in April. Anyone carrying out a construction project worth more than UK£ 0,3 million (€ 0,4 million) must prepare an SWMP before work begins. This responsibility is shared between client and principal contractor, and clients cannot delegate their legal responsibility.

Describe the waste that will be produced;

Estimate the volume of each different waste type that will be produced;

Identify the waste management action proposed for each different waste type including re-using, recycling, recovery and disposal; and

Be continuously monitored and updated throughout the project.

Failure to comply has serious consequences. Starting a project without an SWMP renders both the client and the principal contractor guilty of an offence. Fines may be issued for failure to make, keep or produce a SWMP. Responsibility for policing waste offences rests with The Environment Agency and Local Authorities, who may use some early convictions as a means of ensuring conformity.

Environmental requirements are increasingly found in contract specifications, but there is a rising acknowledgment of the need to address sustainability within the standard form contracts. On 29 February 2008, the Joint Contracts Tribunal (JCT) closed its consultation on how contracts and guidance might help improve sustainability in the construction industry by introducing sustainable provisions into its standard forms.

Employers have indicated that whereas environmental requirements were once 'nice to have', they are now a 'must have', and contractors and sub-contractors that do not fulfil their contractual obligations will be penalised through contractual means.

New measures are due later this year in relation to water efficiency as part of the Building Regulations. We are also likely to see requirements in relation to responsible sourcing of construction materials following the government consultation on the Draft Strategy for Sustainable Construction.

The best 'green' motivator, however, is likely to be money. Lower tax burdens (such as the landfill tax and the aggregates levy), reduced fuel costs and bank lending policies are but a few areas where acting in a sustainable way is likely to decrease costs. Financial incentives exist to encourage company directors and shareholders alike to follow a sustainable agenda.