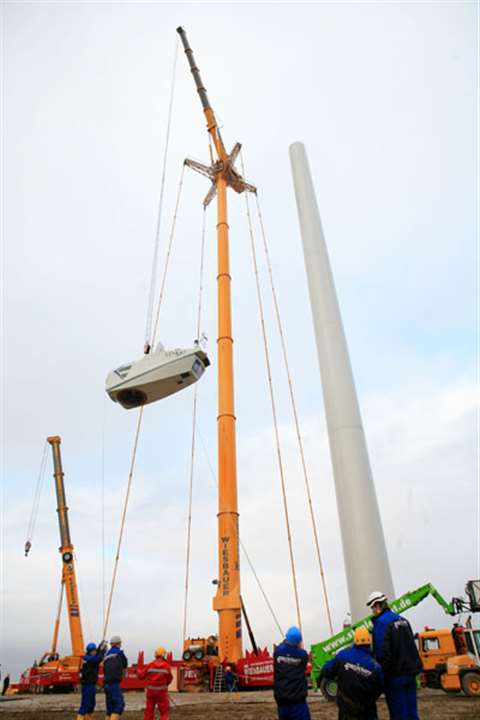 The five lifts included the wind turbine tower mast sections (62, 53 and 45 tonnes), the nacelle (70 tonnes) and the three rotor blades (8 tonnes each), which were assembled on the ground before being lifted as a single load.