Work starts on One Bangkok project 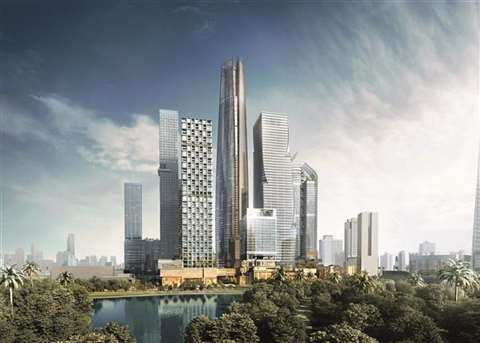 Thai Bauer has been awarded a contract to work on the development known as ‘One Bangkok’, which will comprise five office towers, five luxury hotels, three residential complexes and multiple retail zones.

With a total floor area of 1.8 million m², One Bangkok is said to be the largest private sector property development initiative ever undertaken in Thailand. The development will form a new urban centre for the city of more than 10 million inhabitants when completed in 2025.

Thai Bauer Co. Ltd, the local subsidiary of Bauer Spezialtiefbau GmbH, was commissioned as part of the project by developers Frasers Property and TCC Assets for the foundation works for the buildings and execution of the diaphragm wall.

Besides the permanent foundation works, Thai Bauer was also commissioned with the preliminary pile load tests. These tests served to inspect the planned foundation for its load-bearing capacity and enabled the optimisation of the design by the client.

“The biggest challenge for Bauer lies in the fact that the construction site is right in the middle of downtown Bangkok,” said Mike Sinkinson, Managing Director of Thai Bauer Co. Ltd.

“In order to minimise the impact of the construction activity on nearby road traffic, concrete batching plants have been set up on the construction site itself. This allows us to continue working irrespective of traffic flow.” At peak times, around 1,000m³ of excavated soil will be removed daily and up to 850m³ of concrete directly processed.