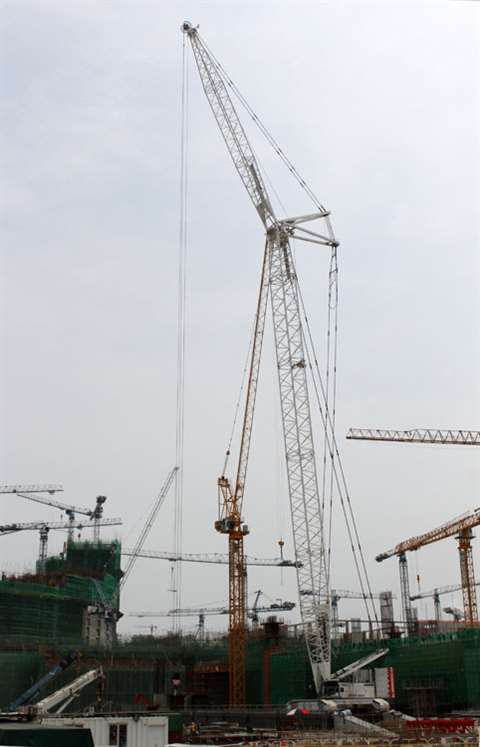 Alfasi Constructions, part of the Melbourne, Australia-based Alfasi Group, used a Liebherr LR 1300 crawler crane to erect a model of the Eiffel Tower at the Sands Parisian casino resort in Macau.

The US$2.5 billion Paris-themed Sands Parisian casino resort will include 3,300 hotel rooms. The 152 metre-high replica of the Eiffel Tower will be built using 2,600 tonnes of steel. The base sections of the tower measure 60 m and weigh 19 tonnes each.

Originally a tower crane was proposed to install the replica model. A lack of space to construct foundations and a lack of support to tie back the crane, meant that the Liebherr LR 1300 crawler crane was chosen instead. Liebherr Hong Kong supplied the crane, which was delivered new from Austria and arrived on site earlier this year, a company spokesperson said.

Ramon Saoit, Alfasi construction manager, said, “A problem we face here is high wind speeds during the second half of the year, with the possibility of typhoons. The regulations are that if the wind gusts at above 16 km per hour, the jib of the crane has to be laid down.”

The crawler crane is working at its full height of 160 m.