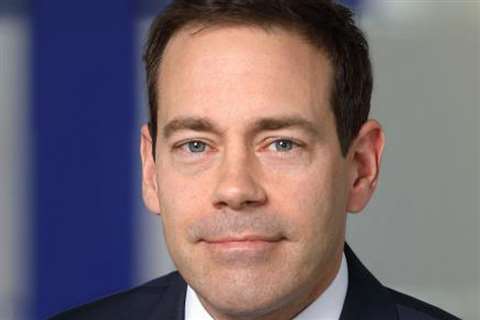 Michael Stomberg, the new chairman of Bauer’s management board

German company Bauer’s financial situation remains strong, despite drops in revenue and EBIT (earnings before interest and taxes) reported in its third-quarter 2018 results.

Total group revenue fell by 10.4%, from €1.38 billion last year to €1.24 billion this year. However, the company said that the previous year was unusually high due to numerous major projects in its construction segment.

Bauer’s EBIT came to €56.8 million, down on the previous year when it was €66.4 million. However, earnings after tax improved from €6.9 million in 2017 to €13.1 million. This was mainly attributed to the fact that currency effects did not have such a negative impact as in 2017.

Looking specifically at Bauer’s construction segment, the key figures were well below the level of the previous year, which had been particularly positive due to major projects. Total group revenue for the segment at the end of the third quarter fell to €537.1 million, down 18.4% from €658.4 million in the previous year. Reasons given include previously weaker capacity utilisation, shifts in project awards and a generally weaker market situation in the Middle East.

EBIT for the segment almost halved from €21.4 million to €12.7 million. However, as some larger projects continue over the next few months, earnings are expected to improve further by the end of the year.

Bauer said it was satisfied with the development of the financial year so far and has confirmed its full-year earnings forecast.

Since total group revenues have been lower than expectations so far, the forecast in now for about €1.7 billion, as opposed to the previously forecast €1.8 billion, at the end of the year.

EBIT is expected to remain unchanged at around €90 million, and earnings after tax should be significantly higher than in the previous year.

The planned change in Bauer’s management board has been completed, with Michael Stomberg starting work as chairman of the management board. He replaces Thomas Bauer, who has taken on the role of head of the supervisory board.

This is the first time an outside leader who is not a member of the founding family has been put at the helm.

Stomberg was previously the chief operating officer at EagleBurgmann, a provider of industrial sealing technology that belongs to the Freudenberg family group.

In his new role, Stomberg will be primarily responsible for the areas of participation, process and quality management, health safety environment, and IT.

Commenting on Bauer’s latest financial report, Stomberg said, “This result is a solid basis and underscores the positive trend of recent years, which we will now build on.”