More than 620,000 visitors from over 200 countries attended last week’s Bauma show, which is a record number and around 7% more than the previous show in 2016.

While the majority of visitors were from Germany, more than 250,000 came from outside of the country, with the top 10 after Germany being Austria, Italy, Switzerland, France, the Netherlands, Russia, Sweden, the Czech Republic, Poland and Great Britain. 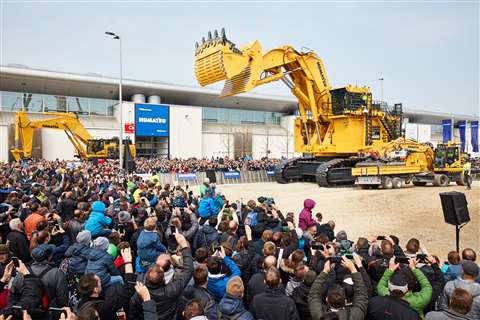 Bauma said there had been a “strong increase” in overseas visitors, with significant rises from China, Australia and Japan. More than 5,500 visitors came from China alone.

There was praise for the show from a number of leading manufacturers. Domenic G. Ruccolo, CEO of the Wirtgen Group, rated bauma 2019 as “the most successful in the history of the Wirtgen Group.” Andreas Böhm, a member of the Board of Directors of Liebherr-International AG, said: “We took orders from all parts of the world and made a whole lot of new contacts.” Zeppelin Baumaschinen “closed a lot of business deals,” said Fred Cordes, Chairman of the Management Board.

Digital technology and electrification were inevitably in the spotlight as far as new products and technology are concerned. “Customers’ interest in electric drive systems has never been so high as it was this year,” said Dr. Frank Hiller, Chairman of the Board of Management at DEUTZ AG. “It was a dominant issue at bauma 2019.”

The number of exhibitors totalled about 3,700 from 63 countries, which was also a record.

Klaus Dittrich, Chairman and CEO of Messe München, was more than satisfied; “For the industry, Bauma is by far the world’s most important innovation platform and economic engine, something that we clearly saw this year.

“Particularly in these times of sweeping technological change that is being triggered by digitalization, Bauma provides the industry with security and confidence. Thanks to the momentum in demand generated by the fair’s seven days, companies will be able to calmly face economic slowdowns. Bauma 2019 highlighted the opportunity and tremendous outlook of the industry as a whole.”

Although exhausting for those taking part, Bauma represents an unrivalled opportunity to meet suppliers and equipment users from all over the world. In the words of Jorge Cuartero, Managing Director of Spanish manufacturer association Anmopyc, for a full week, “bauma was the place to be.” 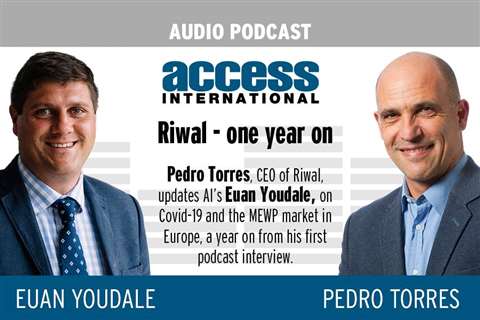 Riwal - Covid-19 and rental one year on
Pedro Torres, CEO of Riwal, updates AI on the state of the market, one year after his first podcast interview