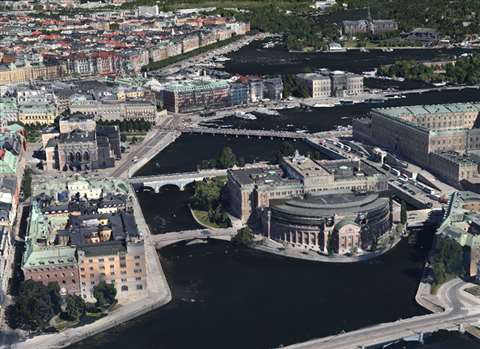 Acute3D software is said to automate the generation of high-resolution, fully-3D representations from digital photographs taken with any camera, whether highly specialised or smartphone.

Bentley said that now photo sequences from unmanned aerial vehicles (UAVs) were likely to become the most feasible source for surveying, construction monitoring, and inspection workflows, Acute3D’s industrial-level accuracy and unlimited scalability were making it a preferred technology for UAV manufacturers and professionals.

“First, Acute3D has made it possible for anyone sufficiently to capture existing conditions with just a camera. Of equal importance is the value of the Acute3D result. Rather than a voluminous cloud of discrete points, Acute3D produces a 3D ‘reality mesh’ – intrinsically in the same geometric idiom as engineering models, readily aligning the real-world context.”

Acute3D was co-founded in 2011 by Dr Jean-Philippe Pons and Dr Renaud Keriven.

Applications of Acute3D have included the capture of existing conditions for construction sites, manufacturing facilities, mining operations, pipelines, and oil and gas exploration.