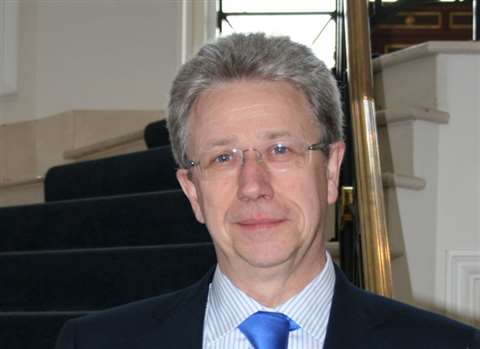 Building information modelling (BIM) is not just an add-on, according to FIEC president Johan Willemen, who told the association’s annual congress that BIM “needs to be brought into the frame now”.

The FIEC (the European Construction Industry Federation) Congress in Brussels, Belgium, focused on BIM. Willemen said, “BIM is everywhere and supports all the big policies.”

Willemen was speaking at his last congress as president, as his term in office has finished. He has now been replaced by Jean-Louis Marchand.

Willemen said that BIM underpinned major EU themes, from energy and resource efficiency, to jobs and skills, as well as the more obvious digital economy.

“Our message to policy makers is that BIM is not just an add-on, it needs to be brought into the frame now.”

With this in mind, FIEC has launched a new working group on BIM to support its national member federations, a move it said was to help share best practice among contractors on one hand and ensure that BIM achieved a high priority in EU institutions on the other.

Willemen outlined the job that needed to be done by FIEC on behalf of contractors. This included working in partnership with the public sector to ensure that BIM was adopted in an all-inclusive market in which SMEs were not left behind. He added that pioneering contractors needed to take the lead across Europe, as they already had in early adopting countries.

An international line up of speakers and panellists at the congress came from nine countries. In a panel discussion, there was a call for a strong focus on people, and the panel emphasised that IT, while critical to the sharing of data, tended to get all the attention, while collaboration down the value chain was the most important success factor.

It said that as the Commission had already financed an initiative for the public sector, it should now support an industry-led awareness raising effort, ensuring that the practical needs of the construction value chain received the lion’s share.

One element which was a recurring topic at the congress was that it was important for all parts of BIM and its users to speak the same language.

Also, Mårten Lindström, senior consultant of the BIM Alliance in Sweden, said that BIM had to be more attractive to younger people.

Žiga Turk, professor in the Faculty of Civil & Geodetic Engineering at the University of Ljubljana, said that care had to be taken over what was imposed by governments.

“We don’t want a straitjacket into a particular type of solution,” he said.

Moderating the conference, Kjetil Tonning, vice president of FIEC and president of the Technical Commission, said, “Norway is no stranger to BIM. We’ve long since resolved many of the challenges common to its introduction and now it is thoroughly embedded in the industry.

“We know that different countries are going at different speeds, and we believe that FIEC can provide a common partner, bringing best practice to those contractors that are just getting started and linking contractors with other sector players, to help reduce fragmentation in the construction industry.”

The conference headline question was BIM: Rocket Science or Common Sense? Willemen addressed this by highlighting the pioneering history of an industry which was said to be far too often erroneously criticised for perceived lack of innovation.

Comparing the life-changing advances made possible by rocket science, Willemen said he was celebrating the achievements of contractors, which he said demanded “the same visionaries, great teams and investment as that other breakthrough innovation”.

He said it was perhaps more headline grabbing than the extraordinary impact construction had made on global economic development and the quality of people’s lives over thousands of years. With this in mind, BIM was but another milestone, he said.