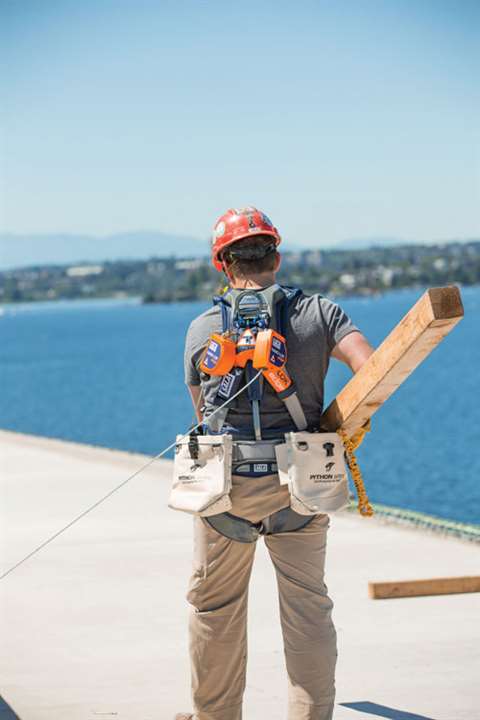 The ExoFit Strata is part of the Capital Safety’s DBI-Sala range and is designed to take the weight off workers shoulders and redistribute it to where the body is better suited to carry it; the hips.

It features PolarMesh padding, which keeps users’ backs cooler with greater air flow alongside a Revolver Vertical Torso Adjuster and Tri-Lock Revolver Connectors that provide added security around the legs.

Capital Safety has partnered with ergonomics specialists at North Western Health Science University in Minnesota to test several key aspects of the ExoFit Strata and compared it with alternative full body safety harnesses on the market. Using thermal sensors, load calls and motion capture cameras, a series of rigorous lab tests were performed resulting in an advanced harness solution.

During testing, the ExoFit Strata demonstrated the least amount of force on shoulders while the wearer is standing stationary, reducing forces on subject’s shoulders.