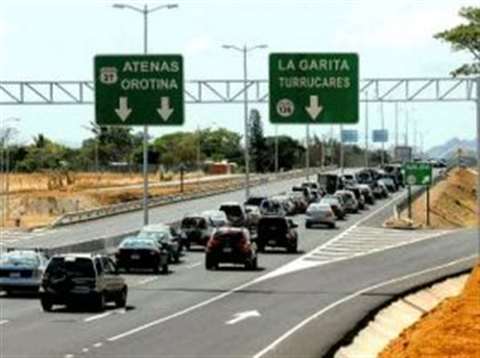 The Inter-American Development Bank (IDB) is to provide financing worth US$ 400 million to Costa Rica to upgrade its road and port infrastructure.

The China Co-financing Fund for Latin America has also pledged US$ 50 million in financing for the works to improve the movement of people and goods, with the aim of strengthening trade and regional integration.

The project will repair or pave up to 110 km of the national road network, widen 51 km of roads from two to four lanes, and build or repair 19 bridges. The work will also include repairs to 400 m of breakwater in ports.

Individual projects included in the countrywide efforts include infrastructure improvement on the Limonal-Barranca section of the Inter-American Highway, which will facilitate the flow of trade between Costa Rica and the rest of America, improving regional economic integration.

Work will include doubling the width of bridges and roads from two to four lanes, and adding sidewalks, pedestrian crossways, bicycle lanes, signage and markings, and containment barriers.

Another part of the project is the Puerto Caldera master plan and the rehabilitation and reinforcement of the port’s breakwater, which should extend its useful life by around 50 years.

Also included is the rebuilding and expansion of ferry terminals and piers in the Gulf of Nicoya, including Puntarenas (Barrio El Carmen), Paquera, and Playa Naranjo.