Caterpillar looks to ‘rewrite the rules’

Caterpillar will bring a record 20 new machines to the Bauma exhibition in Munich, Germany, which starts in two months’ time. 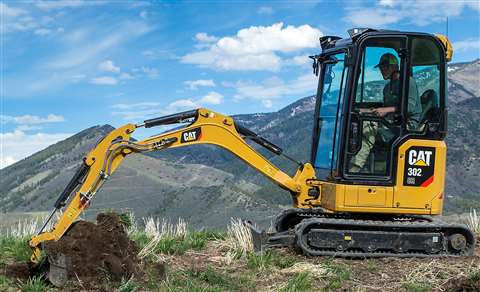 The 302 CR, one of five Next Generation mini hydraulic excavators among more than 60 exhibits

The launches will make up almost one-third of the 60-plus items of equipment on show at the construction industry’s largest show, where Caterpillar is taking more than 9,000 sq m (96,000 sq ft) of space.

An expanded range of work tools will also be on the stand, including silenced hammers and multi-processors, while Bauma will also mark the introduction of the PL161 Product Link Locator. This tracks the operating hours and location of work tools, and from the middle of this year it will be standard on most work tools on excavators from 11 t.