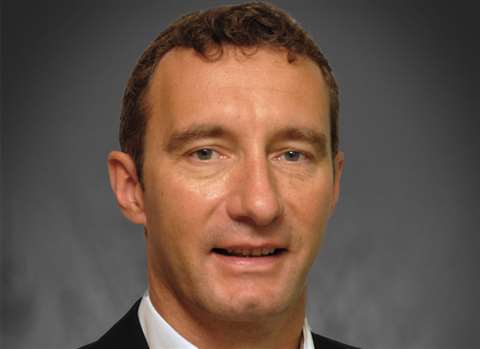 The decision by Doosan to close its Europe, Middle East and Africa (EMEA) headquarters in Waterloo, Belgium, and relocate to its main operational site in Dobris, in the Czech Republic, is described by the company as a consolidation which it said would support some of its key priorities – customer focus and proximity.

Martin Knoetgen, president of Doosan Bobcat in Europe, Middle East and Africa (EMEA), said “We are developing the Dobris Innovation Centre as a European Engineering Centre of Excellence, which will serve as an expert R&D (research and development) centre for all Doosan engineering teams across EMEA, and has taken responsibility for small loaders and compact excavators from 1 to 3 tonnes.”

He said the innovation centre in Dobris was connected to two other centres, in Bismarck, US, and Inchon, Korea.

“While each centre is focused on developing solutions for their local markets, the three share a technology roadmap that allows us to co-ordinate our most advanced projects when it comes to research and innovation.”

He added, “The consolidation of the Doosan Bobcat EMEA headquarter functions from the facility at Waterloo and the relocation of them to the main operational site in Dobris with its R&D, training and demonstration, production and logistical activities will provide the company with much higher effectiveness and generate even more synergies.”

Knoetgen said that when he joined the company in 2010, he helped to implement changes to update the company’s factories, especially its plant in Frameries, Belgium, where part of the excavator range for Europe was produced.

This site closed in 2015, however. He said, “Unfortunately the perceived industry growth did not materialise as expected and today, six years later, the sales volumes in EMEA are still only 65% of what they were at the end of 2007 in the heavy construction machinery sector, and 75% for the compact equipment market.

“So despite the success we had in lowering costs and raising output at Frameries, the lower market demand for excavators in Europe meant that it was no longer cost efficient to carry on production at this site.”

These excavators are now imported from Doosan’s plants in Korea, and they are customised in the Netherlands, “providing even better quality and an improving service for the European market while permanently expanding the product and support offering, clearly demonstrating Doosan Bobcat’s commitment to Europe and its highly demanding and advanced markets”.

Doosan sold its Montabert hydraulic breaker and attachment subsidiary to Joy Global in 2015 – and Joy Global has since been acquired by Komatsu.

Knoetgen said, “The hydraulic breaker and drilling equipment ranges at Montabert did not offer good synergies with our core operations, so we decided to sell the business to Joy Global, where Montabert is an excellent fit with Joy’s core business of designing, manufacturing, distributing and servicing high productivity equipment for the global mining industry.

“This evolution provides Montabert and its employees with the opportunity to work for a global mining equipment business that is active in all major mining regions in the world.”

He said that to meet the company’s aspirations, Doosan Bobcat had invested in new developments, infrastructure, manufacturing facilities and the growth of its people in EMEA.

The investment in the Bobcat telehandler plant at Pontchâteau in France has allowed the company to enlarge its telehandler product offering and improve product quality and efficiency, he said.

“But the changes have been even more profound at the Doosan Bobcat campus at Dobris,” he added.

“Over the last decade, the compact equipment business in EMEA has been transformed from an importer model to a fully-integrated manufacturer exporting more locally-produced machines than we are importing from North America or Korea.

He said that another example of the company’s strong commitment to European customers was the move of the European Parts Centre for the Doosan heavy range of excavators, wheeled loaders and articulated dump trucks to Leipzig, Germany, in the past two years.

The 6,000m2 Doosan European Parts Centre provides 24-hour delivery of parts to Doosan dealers and customers door-to-door anywhere in Europe from a stock of over 43,000 parts.

Knoetgen said, “The new Innovation Centre, the compact equipment plant, and all the other elements of the Doosan Bobcat campus in Dobris, are a shared resource not only for Europe, but also the key markets of the Middle East and Africa (MEA) and Russia.

“As well as the developments at Dobris, we have also instituted changes in our local operations in these markets. In 2015, for example, we opened a new Parts Distribution Centre (PDC) for Bobcat and Doosan Portable Power products in Dubai in the United Arab Emirates.”

He said the company was always listening to its dealers and customers in every area.

“In response to local demand from MEA markets, we introduced a new product line earlier this year with the launch of the new Bobcat backhoe loader range in the Middle East.

“While Middle East markets are suffering from the low oil price, the region is a very big market for us and we will continue supporting our excellently performing partners there, where we enjoy an exceptional position such as market shares of 50% and more for Bobcat loaders.”

He felt that Russia had also been a difficult market recently, but he said there were signs of recovery.