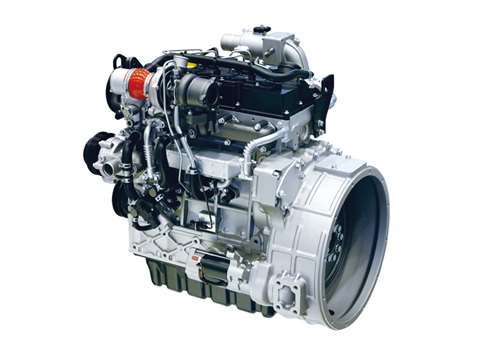 There is one focus point for all engine manufacturers across the world, which is to ensure they can produce and sell engines that meet the latest standard emissions regulations, whatever market they sell into.

China has this year moved to an EU Stage IIIA/Tier 3 Final equivalent, while, in 2019, new emissions standards are set to come into force in Europe, in the shape of Stage V, superseding the current Stage IV standards.

With three years to go until these standards become active, the European Parliament has announced it has adopted a final agreement on regulations which tighten emissions limits for particulate matter (PM) and nitrogen oxides (NOx) for non-road mobile machinery (NRMM), which relate to Stage V.

Darrin Treptow, manager, worldwide marketing for JDPS, said, “We continue to enhance our Tier 4 Final engine line-up. With the introduction of the PowerTech PSL 4.5 l engine, we’re offering a common technology solution across our entire 4.5 l power range from 63 to 129 kW.

“The PowerTech PSL 4.5L delivers more power density and improved low-speed torque, while leveraging combustion optimisation that eliminates the need for a DPF.”

The company’s new launch, without a DPF, is available with power ratings from 93 to 129 kW. The existing PowerTech PWL 4.5 l engine, with DOC/SCR aftertreatment, delivers an impressive 63 to 104 kW.

Yanmar has considered all emissions standards across all global markets with its three new turbocharged engines, which join its existing TNV family of common rail engines and are EPA Tier 4 Final, EU Stage IIIB and FOEN (Switzerland) certified. These new 1.6, 2.1 and 3.1 l engines will, however, meet Stage V emissions standards, once they come into force in 2019.

Yanmar says the engines have already proved successful for construction equipment manufacturers, especially for excavator and wheeled loader applications, because of their lower fuel consumption, higher power density and a DPF which requires very little maintenance.

With the addition of the turbocharged-aftercooled engines, the TNV CR engine range now consists of nine models.

The company’s new 3-cylinder diesel engine is a variant on its TCD 2.9 4-cylinder engine. Its engine size is 2.2 l, generating 22 to 56 kW, and is said to be ideal for low-load applications in the material handling and compact construction equipment field.

Deutz’s gas engines are a variant on its new TCD 2.2 l engine, and are said to be suitable for forklift trucks employed inside buildings because, when used as a fuel, liquefied petroleum gas produces considerably fewer emissions. The gas variants will generate 26 to 54 kW and represent a first in the Deutz product range, which otherwise includes only diesel powered engines.

With the aid of a three-way catalytic converter and without the need for a sophisticated exhaust aftertreatment system, these engines will also meet EU Stage V.

Meanwhile, the company has launched a new water-cooled 5 l cubic capacity four-cylinder inline engine project, named TCD 5.0, which is scheduled to go into full production in 2019 in time for EU Stage V.

Michael Wellenzohn, member of the board of management of Deutz with responsibility for sales, service and marketing, said, “With the TCD 5.0 engine, we want to fill the gap in the 100 to 150 kW power output range. At the same time, we are developing a new technological platform with outstanding product features.”

The philosophy behind the new engine is to produce more power from a smaller cubic capacity. It allows larger engines to be replaced, or offers an increase in output from an engine of the same original size. In addition, the engine runs more efficiently and, in conjunction with its lower weight, has more economical fuel consumption.

Cummins has recently launched its new F3.8, B4.5, B6.7 and L9 engines, which are designed to meet Stage V emissions regulations.

The new engines range from 75 to 321kW, and claim major increases in power and torque by removing the exhaust gas recirculation (EGR) system, and using Cummins’ single module aftertreatment technology.

Chairman and CEO Tom Linebarger said, “Cummins is raising the engine performance bar higher with our EGR-free approach for Stage V, and that leadership will continue to drive the equipment industry forward to meet the regulations in 2019 with simpler machine integration.

He added, “The engines we unveiled have been designed from the outset to reduce Stage V cost of ownership to levels equivalent to that of engines meeting emissions regulations as far back as ten years ago.

“This achievement is the result of product development inspired more than ever by the needs of our customers, rather than by just meeting emissions regulations, however stringent they may be.”

Compared to Cummins’ Stage IV and Tier 4 Final engines, power output for the new 3.8 to 9 l engines for Stage V have increased by over 10% on average.

Meanwhile, the company has introduced its Connected Diagnostics technology, meaning its equipment can now wirelessly connect the engine to Cummins for immediate diagnosis of an engine system fault alert, and have valuable information delivered back to the customer within seconds.

The MTU Series 1000 to 1500 is being developed further by MTU and Daimler, based on Daimler commercial vehicle engines, to meet EU Stage V regulations.

“What we expect to see from the development work is higher torque at low rpm, a further reduction in fuel consumption and an extended power range compared with predecessor engines.”

He added that with this development, the company was building on previous Series 1000 to 1500 diesel engines designed to meet Stage IV and EPA Tier 4 final, which he said were well-established in the market.

The engines will be available in the 100 to 480kW power range.

Each party will invest RMB75 million (US$ 11.24 million) in the joint venture.

Perkins has launched a new family of 4 cylinder, 2.8 and 3.6 litre diesel engines.

The new Syncro range delivers between 45 and 100 kW, and meets multiple global emissions standards including Stage V and Tier 4 Final.

The company says its new 2.8 and 3.6 l engines deliver the performance, value and reliability its customers expect, to help them access new markets and support their business growth.

The engine’s high power and torque density will also give Original Equipment Manufacturers (OEMs) the opportunity to move to smaller, more compact engines.

Hatz Diesel, meanwhile, has launched a new three-cylinder engine that complies with EU Stage V. The water-cooled three-cylinder 3H50 engine will be available from 2018.

The new model does not need any exhaust aftertreatment, reaching the Stage IIIA and EPA Tier 4 Interim exhaust standards for 19 kW to 37 kW engines. To comply with Stage IIIB, a combination of external EGR and DOC have been used.

Scania Engines has launched a new range of EU Stage V-ready engines that boasts outstanding performance and operating economy, as well as featuring engine-management and emission-control systems developed in-house. The company’s three new engines include the 9 l, 13 l and 16 l option, which feature output ranges from 202 to 566 kW.

“Our first Euro 6 truck engines were introduced in 2012, and we now have a proven track record in this area.”