The European Rental Association (ERA) and its consultant IHS Markit have significantly upgraded their growth forecasts for Europe’s rental market for both 2017 and 2018.

The growth forecast for the region this year has risen by 0.9% to 1.2%, while the forecast for 2018 is up 0.5% to 3.5%. Germany, Sweden, Poland and the Netherlands are the markets seeing the biggest positive changes in the forecasts.

Michel Petitjean, the ERA’s Secretary General, speaking at the association’s annual convention in Amsterdam, said; “Things are better today than six months ago. We have a healthy change in our forecasts between September 2016 and April 2017.”

The ERA and IHS Market use three main drivers in their forecasts: construction activity, industrial activity and GDP. Mr Petitjean said Germany was benefitting from greater industrial activity while Poland was seeing increases across all three measures. In Sweden it is housebuilding activity that is the key driver.

Germany’s rental market is now expected to grow by 2.7% this year, an increase of 1.2% from the previous estimate made in September last year, with growth next year expected to be 3.3% rather than 2.4%.

The ERA is forecasting modest growth in the UK this year or 2.2% - a small improvement on the previous estimate – while growth is expected to reach 3.2% next year.

The recoveries in Spain and Italy continue, although with Spain taking the lead. It’s rental market is expected to increase by 5.7% this year and then by 6.1% in 2018. Italy is still lagging, with sub-2% growth forecast this year, before rising to 3.4% next year.

These generally positive findings were supported by anecdotal evidence from the floor of the International Rental Exhibition (IRE), which was taking place alongside the convention.

One manufacturer told IRN that sales of its products in the UK was extremely healthy with delivery times lengthening, while a Norwegian rental company said its expanding home market was allowing it to expand rapidly. 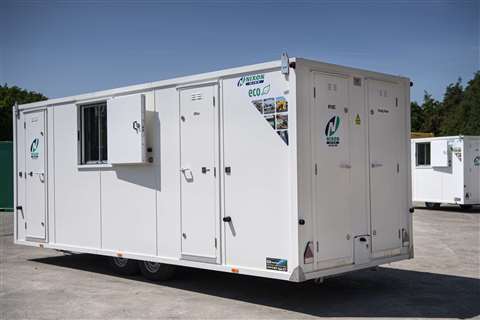