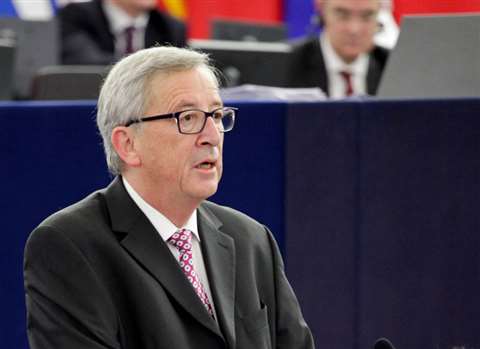 The European Commission’s EU Investment Plan and its proposal for a European Fund for Strategic Investments (EFSI), announced in November, are being welcomed by FIEC (the European Construction Industry Federation), but it is also expressing some concerns.

It said EFSI would be an investment-friendly framework, and that the creation of this leverage instrument was “very good news and a very good signal for the EU and international private investors”.

It said that FIEC welcomed, in particular, the fact that Commission President Jean-Claude Juncker’s investment plan targeted what it considered the right priorities for the EU’s renewed growth – on the one hand, key infrastructure for competitiveness and, on the other hand, investment in SMEs to boost jobs.

FIEC said both were likely to have an immediate effect on jobs and economic recovery on a European scale.

It highlighted one part of the proposal which listed the types of sectors which could benefit from the mobilisation of the EU guarantee. It pointed out that it also referred to the need for investment in energy and resource efficiency, which FIEC said represented an essential link to EU energy and climate policy, in education and training, as well as in urban development.

With all of these priorities high on FIEC’s Manifesto for Action for the EU term from 2014 to 2019, it said it supported the proposed list of priorities, without any amendments, as the best possible compromise.

In fact, FIEC warned that expanding this list with many other issues would dilute the objectives and impact of the Investment Plan, as developed by the Commission and the European Investment Bank (EIB).

FIEC said it welcomed and strongly supported the creation of a European Investment Advisory Hub (EIAH) within the EIB, adding that it was very important that all stakeholders involved – at national and regional level – benefited from “better and co-ordinated support to undertake high quality feasibility studies, socioeconomic and environmental assessments for the preparation of qualitative and attractive projects”.

It said that with this in mind, the EIAH was also the right place to develop a common methodology for assessing the socioeconomic return on a project.

However, FIEC has also voiced some concerns and requests. One concern is the link between the Connecting Europe Facility (CEF) – or other existing European financial instruments such as the European Structural & Investment Funds – and the forthcoming EFSI, which it said raised a number of concerns.

FIEC said the EU guarantee to the EIB within the EFSI would strongly limit the CEF envelope for grants. It also felt that investments under the EFSI and under the CEF did not follow the same logic and prioritisation. Also, it said that money transferred from the CEF was not specifically dedicated to transport, energy and broadband infrastructure under the EFSI.

“Out of the €8 billion allocated from the EU budget for the new guarantee fund,” said FIEC, “€2.7 billion is to come from the transport envelope of the CEF, €500 million from the energy envelope and €100 million from the ICT (information and communications technology) envelope.

“Altogether, this represents a cut of almost 10% in the CEF budget.”

It said that, after a thorough decision process, TENs (Trans-European Networks) guidelines defined clear methodologies to identify priority projects of European interest with a clear grant-oriented profile. Under the EFSI, the selection process channelled investment towards completely different types of projects, said FIEC, so that rather than an increase in available funding, the EFSI introduced a shift in the prioritisation of the types of projects – and modes of transport – supported by EU funding.

FIEC said this meant that there would be fewer funding opportunities for more traditional infrastructure which required public grants, in favour of those projects which could be easily developed with financial instruments.

“Moreover,” it said, “as projects need to compete for financing under the EFSI, it may well be that more mature projects from other sectors finally get the lion’s share, so that money transferred from the CEF is ultimately lost for infrastructure projects and, in particular, for transport infrastructure.”

Therefore, FIEC said it was calling on EU decision makers to take these elements carefully into account in order to make a balanced decision as regards the development of EU infrastructure networks – for example transport infrastructure – during the on-going Multi-Annual Financial Framework, in respect of the infrastructure policy defined in the TENs guidelines.

FIEC also considered that neither national public funds mobilised via the EFSI, nor national public co-funding invested via national and regional investment platforms or invested directly into projects identified in the framework of the plan, should be included in the calculation of public deficit.

To this end, FIEC considered that the Commission’s communication on Making the Best Use of the Flexibility Within the Existing Rules of the Stability & Growth Pact was “a tentative political step in the right direction”, especially as regards exclusion beforehand of national contributions to the EFSI.

“However, the addition of two new general clauses on cyclical conditions and structural reforms is not the right solution to promote investment,” it said. “In general, the communication should have been focused on investment and should have been more ambitious – for example, by allowing Member States in the corrective arm of the Pact to benefit from an investment clause – in order really to tackle the drop in investment resulting from the Stability & Growth Pact during recent years.

FIEC called for flexible governance of sectoral or national and regional investment platforms saying it was crucial to avoid an over-centralised approach from the investment plan.

It said the relevant policy and legal environment should be improved, simplified, and above all, stabilised. It also said that all reasonable alternatives to traditional bank lending should be considered, including, in particular, “user pays” and “polluter pays” schemes in favour of sustainable transport infrastructure.

As regards public-private partnerships contracts – which it said would play a crucial role for the concrete implementation of the investment plan – those Member States which did not have a long tradition of using this type of contract would need to receive special support from the EIAH, said FIEC.

In light of the fact that some 90% of global growth is created outside the EU, FIEC suggested that part of the EFSI should be used to give an external dimension to the Investment Plan, if and when it could be guaranteed that such support would generate growth, innovation and employment for inside the EU.

FIEC said that without investment, there was no future. It said actions should materialise as quickly as possible to ensure the credibility and success of this ambitious plan.

“The construction sector is ready to contribute all efforts towards a renewed European economic boost through investment in the priority sectors brought forward by the European Commission and the European Investment Bank,” said FIEC.

“To this end, the implementation of the Investment Plan must secure a strong collaboration with sectoral organisations – at EU and national level.”