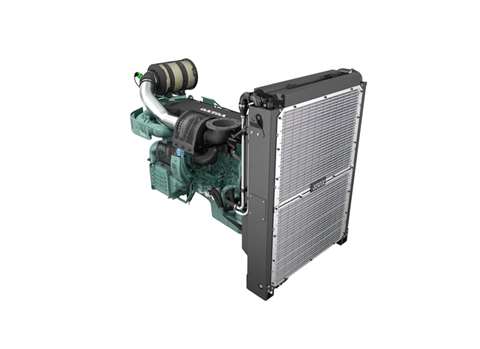 The TWD1645GE claims to produce up to 10% more power compared to Volvo Penta’s previous models. Its switchable rpm settings also means the engine can be used anywhere in the world.

Giorgio Paris, head of Volvo Penta’s industrial segment, said, “This is an exciting move for us to be launching the highest power density engine in its class.

“We are setting a new standard in power generation with our market-leading offer. The engine comes equipped with our latest features, which enable us to deliver the most power per litre displacement of any 16l engine on the market.”

The models feature the same engine base as the rest of its 16l diesel family, which allows for ease of installation and maintenance. Volvo Penta said that, with the new and upgraded features, customers would be assured a low total cost of ownership through the engines’ improved fuel economy, while improved operation is enabled by low noise and reduced vibration.

Both engines are equivalent to EU Stage II levels.

Krikor Abraham, Volvo Penta’s product manager for the power generation segment, said, “We have achieved this level of market-leading power density by advancing our technology and adding new features.

“We are able to leverage more power out of the engines, and customers will see a range of benefits.”