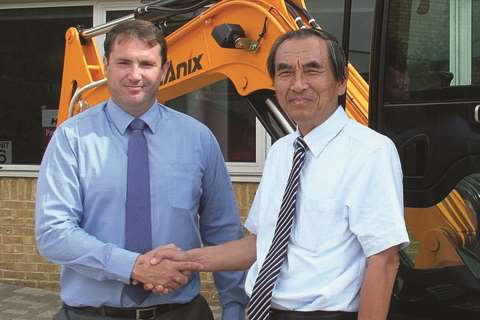 The Japanese manufacturer, which specialises in mini excavators, is looking to re-establish a strong UK dealer network and Mr Clarke will be charged with its development.

He brings to the role a wealth of experience gained from sales roles at other plant and equipment manufacturers, most recently serving as southern area sales manager for mini-excavator firm Takeuchi.

“It’s great to be a part of Hanix’s new set up. Hanix minis are 100% Japanese built, quality machines, with a sensible price tag", said Mr Clarke.

"Having kicked off my career with Hanix almost 20 years ago, I had no hesitation in teaming up with them again, and also with managing director Michiro Ito, who I had previously worked with at Takeuchi”.

The appointment of Mr Clarke coincides with the recent re-location of Hanix’s sales and service operation from Manchester to a modern facility close to the M40 motorway at High Wycombe, near London.