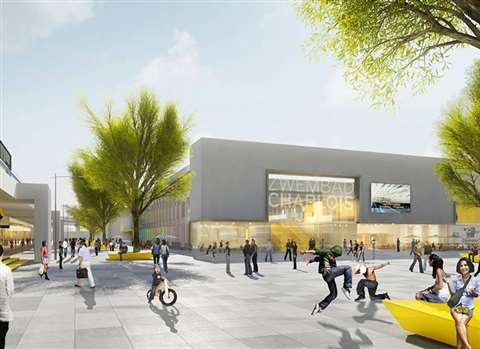 Dutch contractors Heijmans and Ballast Nedam are to become partners in a major project in Rotterdam, the Netherlands – the Hart van Zuid Rotterdam District Area Development.

The Rotterdam Municipal Council has approved the financial assessment, which means Heijmans can join the consortium. Under the commissioning of the local authorities in Rotterdam, the partners will work on the renewal and reinforcement of the area surrounding the Zuidplein shopping centre and Ahoy convention centre.

Part of Heijmans’ and Ballast Nedam’s role will consist of property development, non-residential building and maintenance until 2043, with a value of approximately €200 million.

Financial close is expected in the first quarter of 2016.

During the area development, which will take several years, the Ahoy convention centre will be expanded to include an international conference centre, a music hall, a cinema and a hotel.

The Gooilandsingel road will become the connecting, but restricted, traffic link for the Hart van Zuid area.

An art building with a library and theatre will be constructed on the new Plein op Zuid square.

In addition, the Zuidplein shopping centre will be renovated and expanded, and will become more accessible by providing a better connection with the Gooilandsingel road.

The new Charlois 50m swimming pool will be incorporated into the current sub-municipality city hall.

It is also planned that the area will acquire better and more user-friendly connections. This includes the renewal of the metro and bus public transportation hub.

It said the expanded consortium base guaranteed continuity, substantive reinforcement of the project team and a more balanced risk distribution in the order book of the involved parties.

The schedule calls for initial work to begin in the second quarter of 2016.