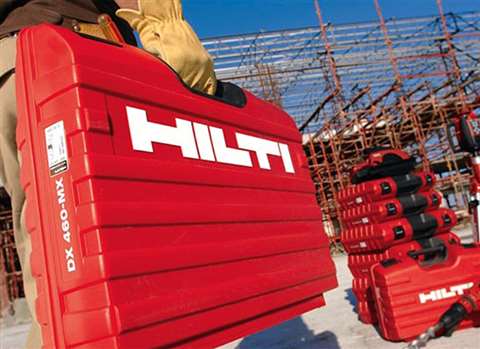 Hilti Group reported a 4.9% increase in sales for the first four months of the year, with North America, Europe, the Middle East and Africa all seeing significant increases.

The manufacturer said sales grew by 8.5% in Eastern Europe, the Middle East and Africa, and by 7.6% in North America. Europe saw a rise of 5.5%.

“Following a slower start into the year, our business has regained significant momentum in the past two months”, said Hilti CEO Christoph Loos.

“For 2017, we will continue to adhere to our objective of achieving slightly higher sales growth than in the previous year. Furthermore, we will proceed on our investment course focusing on our product portfolio and sales capacities”.