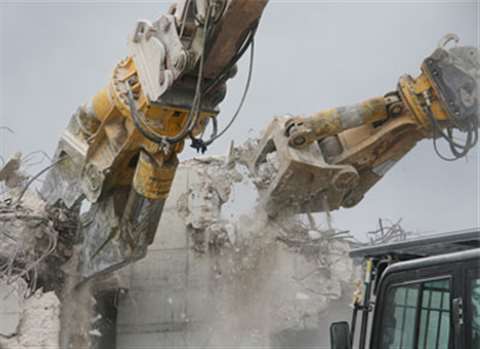 Hydaulic attachment tools are being represented in a new group within the Committee for European Construction Equipment (CECE) trade association.

The product group is chaired by Torsten Ahr, vice president of marketing at Atlas Copco Construction Tools. He said, “Especially the sub-segment of what we refer to as silent demolition tools will see a steady upturn over the next few years as the industry turns towards more efficient solutions in demolition and recycling.”

CECE said the era of the sledgehammer and the wrecking ball was over in many parts of the world, and that sophisticated tools like crushers, pulverisers, grapples and scrap shears were now being sought after.

The product group will be a platform for discussions about EU-legislation matters that are particularly relevant to the section – such as the outdoor noise directive ­– and to share information about market developments.

Statistics on hydraulic breakers and demolition tools will be another core service, said CECE, which claimed it was the only supplier of worldwide data of this kind.

Ahr said, “We are happy to supply such a unique tool to our manufacturers, helping them to understand better their market situation and their competitive environment.”

One of the crucial future topics, according to CECE, will be to address the problem of hydraulic breakers that are coming to the European market but do not comply with the European safety and environmental legislation.

The scope of products in this section of CECE includes hydraulically-driven machines that are mounted to construction equipment such as excavators, backhoe loaders and skid steer loaders – breakers and demolition tools but also niche products and highly specialised solutions like screening buckets, mounted plate compactors or rotary drum cutters.