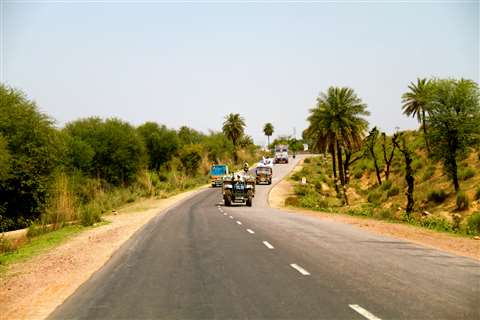 It has been announced by the government of India that US$108 billion will be spent on roadbuilding over the next five years.

A significant part of the scheme will be the 34,800km of construction work done for the Bharatmala Pariyojana project – an $83 billion scheme that was launched in 2015. It aims to link India’s east and west – while also improving communications with rural areas – by connecting the north-western state of Rajasthan to the north-eastern state of Arunachal Pradesh.

Until recently, India was the fastest growing economy in the world, but it has now fallen behind China after experiencing a decline in growth for six consecutive quarters. The increase in infrastructure investment is intended to stimulate the sluggish economy.

The government claimed that the spending boost would create 142 million work days, providing jobs for unskilled and semi-skilled workers.

Vinayak Chatterjee, chairman of infrastructure services company Feedback Infra, said, “The road sector has one of the highest economic and employment multiples in the country. In that sense, this is possibly the best stimulus that we can get.”

However, there is the risk that the Indian government could be setting its goals unrealistically high.

Also, during Prime Minister Narendra Modi’s previous campaign, he pledged to build 41km of roads each day – a target that was not achieved.