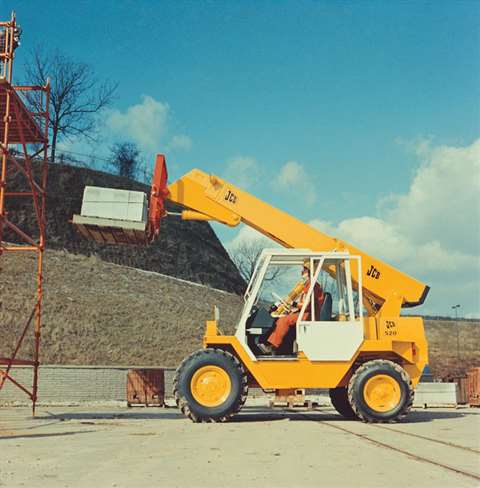 The 200,000th JCB Loadall telehandler has been manufactured.

The first Loadall – the JCB 520 – was produced at JCB’s world headquarters in the UK on 3 October, 1977 and in the first full year of production less than 300 machines were made by just a handful of employees.

Today thousands of Loadalls roll off the production line every year and the business producing them employs around 800 people.

JCB chairman Lord Bamford said, “From very small beginnings, the JCB Loadall has become a very important machine for JCB and for the construction and agricultural industries. Revolutionary is often a word that is over-used, but in the case of the Loadall it is a perfect description. The JCB team involved in manufacturing and selling the Loadall is to be congratulated on reaching the production milestone of 200,000 machines.”

It took almost 30 years for JCB to sell the first 100,000 Loadalls but it has taken less than 10 for the next 100,000 to be sold. JCB today manufactures 90 Loadall models, 88 of which are manufactured at the UK headquarters for global markets and two of which are made in India for the domestic market.

One of the major the innovations over the past 39 years has been the introduction of a range of machines with an engine on the side rather than in the centre which enabled the boom to be lowered, improving visibility for operators by 390 mm. In 2008 took a leap forward with the introduction of the Hi-Viz range which lowered the boom even further.

The torque lock system introduced on Loadalls in 2001 was also a major milestone, said the company, because it meant machines could travel quicker on the road and perform much better up hills – as well as improving fuel consumption.

The patented Smooth Ride System gave a boost to users because it improved material retention in the bucket when travelling over rough ground, boosting productivity as well as improving operator comfort.