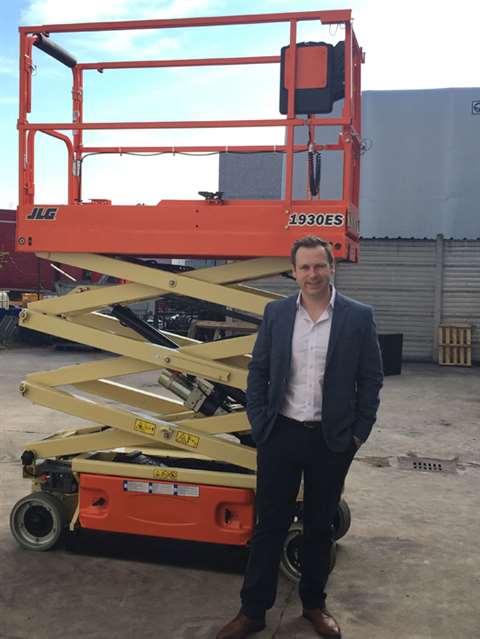 JLG has announced changes in its sales organisation in the Middle East, with the retirement of JLG veteran of 36 years Ewan Macangus.

Mr Macangus, director of sales Middle East and Africa will retire at the end of June. He joined JLG in 1981 and worked in South Africa from 1984 to 1986 where he developed JLG’s distribution network before returning to the UK in 1987.

Based out of Cumbernauld Scotland he has held various service and sales positions in the company throughout his time with JLG in a number of regions. Since 2008 he has been based in Dubai and has been instrumental in the development of the JLG’s presence within the MEA region and their market leading position there.

Jonathan Dawson, JLG’s senior director of sales Europe, Middle East, Africa & Russia said, “We wish Ewan the very best for his retirement. Through many years of service to JLG Ewan has created and developed the business for JLG in many regions of EMEA from the Nordics to Southern Africa. His legacy to the access business will live on long after his retirement. JLG wish to thank Ewan for his dedication and professionalism over the 36 years with the company.”

Ian Hume will replace Mr Macangus, having joined the company on 1 May, as sales director for emerging markets. He will be based in Dubai.

In his new role, Mr Hume will lead all market development initiatives for the MEA region and report directly into Jonathan Dawson.

“We are very excited to have Ian joining the JLG team within the Middle East,” said  Mr Dawson. “JLG and Ian share a common passion on delivering customers premium quality product and service. With Ian on board we will continue to set the benchmark for our industry and beyond.”

Mr Hume has previously worked for Manlift Group in Dubai for seven years in several sales management roles. His most recent employer was Climax Portable Machine tools where he was key account manager for the MEA region.