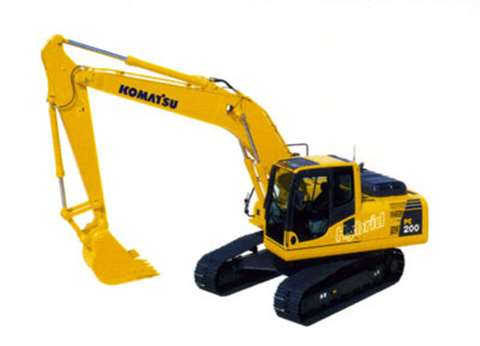 At the heart of the machine is the proprietary Komatsu Hybrid System, which acts as a slewing brake on the upper structure, capturing energy when turning slows. This is stored in a capacitor and used to provide a boost to the diesel engine when it accelerates.

Unlike standard excavators, which use a hydraulic motor to slew, the Komatsu hybrid uses an electric motor. This effectively becomes a generator when the operator stops the upper structure from turning and there is a deceleration into the turning speed. As well as boosting the diesel engine during acceleration, the additional electrical energy created allows the engine to idle at lower speeds, again reducing fuel consumption.

The hybrid excavators will be commercially available in Japan from 1 June. Komatsu expects to sell 30 such machines by the end of the current fiscal year, on 31 March 2009, and is recommending a retail price of JPY 27 million (US$ 0.26 million).