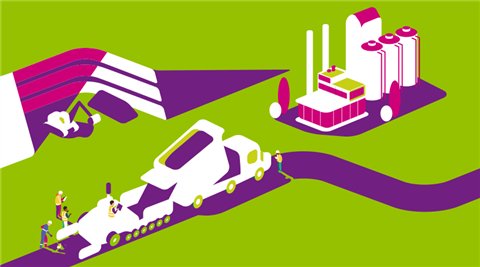 Lane Construction has sold its plants and paving division to Eurovia SAS, part of the Vinci Group

The Salini Impregilo Group’s subsidiary, Lane Construction Inc., has announced the signing of a contract for the cash sale of Lane’s plants and paving division to Eurovia SAS, part of the Vinci Group, for a total of $555 million.

These operations, based in ten states in the US, generate over $600 million in annual revenue and include approximately 40 asphalt-production plants and several quarries.

Salini Impregilo said that the sale is in line with their plan to consolidate its growth strategy in large infrastructure projects in the US by exiting from non-core and non-strategic activities.

Pietro Salini, the Group’s chief executive, said, “From a financial perspective, we have closed a transaction that involves a non-core asset for Lane – and a non-strategic one for the Group – for $555 million, $100 million more than the amount that the Salini Impregilo Group paid to acquire all of Lane three years ago.

“This asset produces a generous amount of cash and is profitable at a considerable level. From an industrial perspective, the sale of the plants and paving division will allow Lane to reorganise itself and focus on big public projects.”

The transaction is subject to clearance by regulatory authorities. Closing and payment are expected in the fourth quarter of 2018.