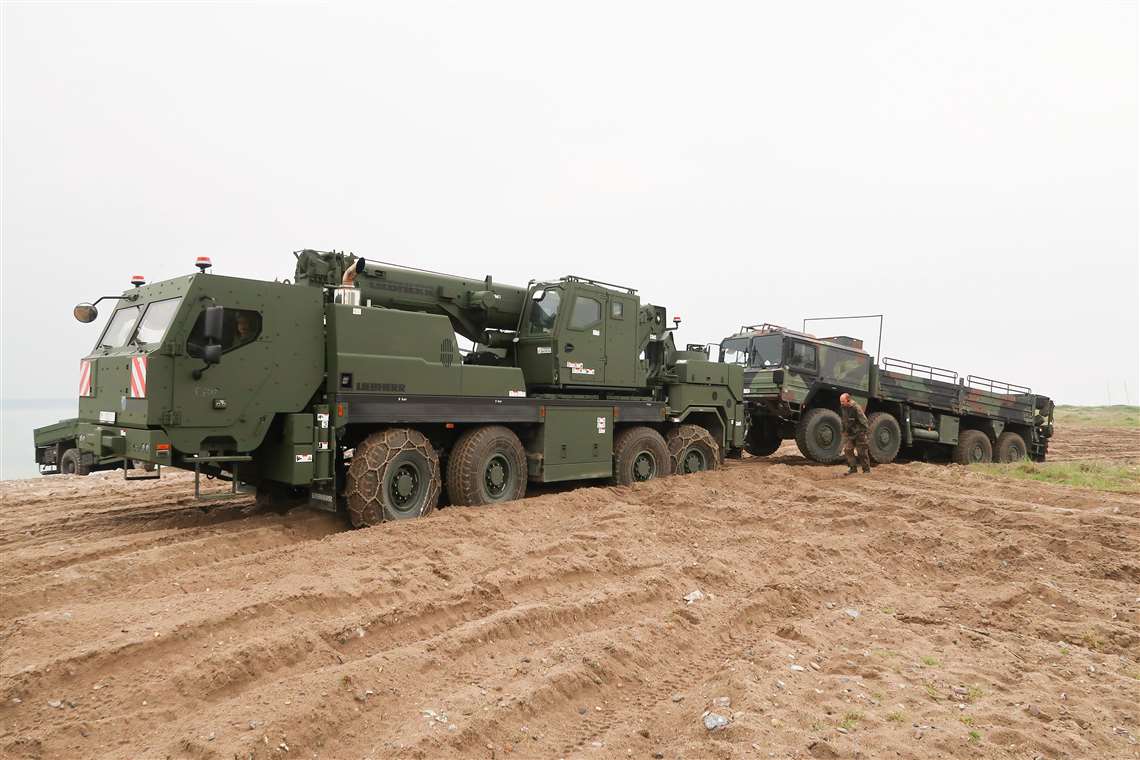 Liebherr’s G-BKF recovery crane is designed for recovering and towing many different vehicles, including the newer heavier ones

All 33 units of the Bundeswehr (German armed service) order for G-BKF series recovery cranes have been delivered on schedule.

It was the middle of 2017 when the Federal Office of Bundeswehr Equipment, Information Technology and In-Service Support (BAAINBw) placed an order for a total of 71 armoured mobile and recovery cranes. Part of the €150 million order was for the 33 G-BKF series cranes, the final two of which were delivered in December. Most of the 38 type G-LTM armoured mobile cranes on the order have also been delivered, Liebherr said, with the final six due in 2021.

G-BKF is an armoured recovery crane built on a standard four-axle wheeled mobile crane chassis. It is designed to perform off-road and to be highly manoeuvrable. A pair of recovery winches and a rear towing hitch mean it can rescue and tow a wide range of vehicles. As a crane, of course, it can also be used for lifting. Capacity is 20 tonnes and it has a 20.9 metre boom.

The G-BKF was designed around the Bundeswehr specifications. Several months of testing saw the prototype put through its paces before the Bundeswehr did its own testing prior to placing the order. Testing continued after the delivery of the first machines.

Brigadier general André Denk, commander of the Bundeswehr Logistics School, said, “This vehicle is a prime example of what can be achieved by collaboration between the Bundeswehr, BAAIN and industry.”

A requirement from the Bundeswehr was to have Interactive electronic technical documentation (IETD) on a tablet computer for the cranes. IETD is the information needed to operate, maintain and do some repairs according to manufacturer specifications.