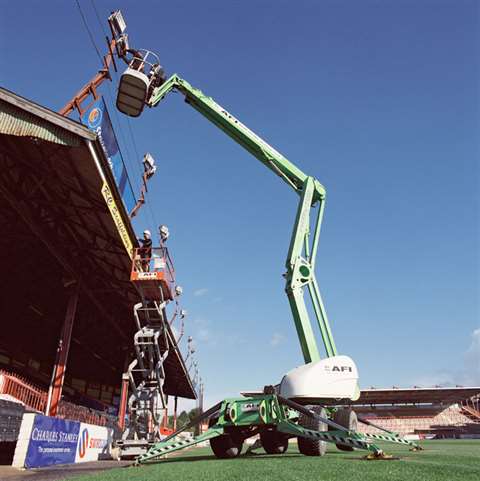 AFI helped UK football club Exeter City FC replace all of its 48 floodlights without interruption to its match programme.

Clive Pring, Exeter City FC’s estate manager, said, “We used the scissor lift to access lights directly underneath the roofs of the stands and we positioned the boom lift on the pitch to reach lights above the roof areas. I had some initial concerns about putting the boom lift on the pitch but because it had special tyres designed for working on sensitive areas such as grass, and outriggers to spread the load, you can hardly see where it’s been.”

Mr Pring added, “The boom lift’s working height also meant that we could rotate it and replace up to six floodlights at a time without having to reposition the machine on the ground.”