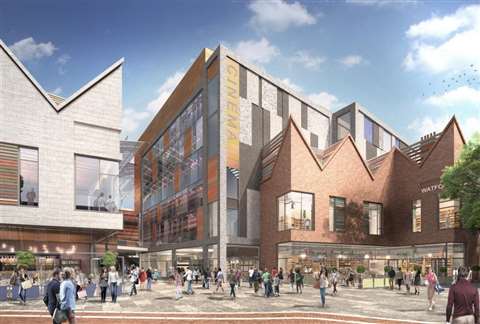 A contract worth £100 million (€128 million) to enhance and extend the Intu shopping centre in Watford, Uk, has been awarded to BAM construction.

Owners of the 92903m2 Intu facility bought the neighbouring location, Charter Place, last year, with which it will be combined to create a significantly larger retail site.

The merged centres will feature additional dining, shopping and an IMAX cinema and its developers believe will result in a considerable increase on its present footfall of 17 million visitors a year.

Among the works are extensive refurbishment of existing facilities at both locations and projects including creating a roof canopy roof over a public square. It has been forecast the expanded shopping centre will total around 130,000 m2 with its additional range of stores.

Rebecca Ryman, regional director of Intu, believed the centre’s redevelopment would transform the town into a major retail destination.

Adam Harding, South East construction director, BAM Construction, said, “Our work on the extension section will create a townscape in keeping with the heritage of the area. In the process, we will be bringing 500 construction jobs which will be more good news for the town. It's great to add to our strong track record in the town of Watford.”