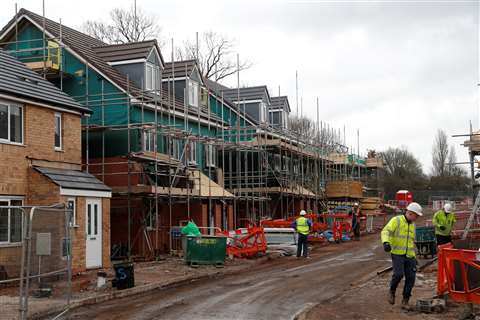 Make Modular will provide 75,000 homes by the end of the decade

Make Modular has so far invested approximately €580m in plans to deliver 75,000 sustainable homes across the UK by 2029, potentially creating 50,000 skilled jobs.

Make Modular members’ factories can produce a new home every two hours, according to the organisation.

These come with 97% less embodied carbon than traditional builds, with production increasing as Make Modular members continue to invest in new factories, processes, and technology.

Solutions to the UK housing crisis
Make UK said the new homes cost 20% less cost to heat and use 30% less energy overall, due to improved design processes. The organisation says they also have the potential to achieve net zero carbon through the use of solar panels, air source heat pumps, superior building materials and production.

Stephen Phipson, CEO of Make UK said, “Imaginative and speedy solutions are required to tackle Britain’s housing crisis and modular housing could certainly play a significant part in helping local authorities deliver the challenging home building targets set for them by Government. But to make real significant progress, modular housing needs to have equal access to land for construction with many sites still favouring traditional modes of construction.

“Modular also needs to have the weight of Government procurement behind it using a joined-up approach including education, defence and housing to build much needed scale the UK’s modular industry.”

Modular housing manufacturers are also keen to accelerate the development of building regulations to match a new, more ambitious “new normal” when it comes to quality and energy across construction as a whole, in a bid to tackle climate change.

Dave Sheridan, Chair of Make UK Modular said, “Modular housing has grown rapidly in the last few years. The establishment of our own trade body is the crucial next step in this process. As a natural partner to Government to solve the housing crisis, deliver the levelling up agenda, and combat climate change Make Modular will accelerate and advance the MMC agenda through one strong voice rather than a series of disparate ones.”