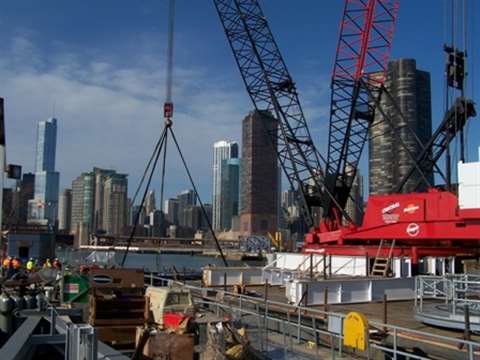 Second quarter 2011 net sales in Manitowoc's crane segment were US$554.8 million, up 22.9% from $451.6 million in the second quarter of 2010. Primary drivers were growth in the Americas region and strong demand in emerging markets, the company said.

"The second-quarter Crane segment results illustrate the benefits we receive from our global footprint and considerable product breadth. Project discussions and improved quoting activities are occurring in most product lines with demand in North America picking up, particularly in large rough terrain cranes and boom trucks, coupled with increased activity in some parts of Europe for tower cranes and all terrain cranes. In our emerging markets, we still see energy and infrastructure projects driving sales. The level of activity we have witnessed in the first half of this year supports our assertion that 2010 was indeed the trough and 2011 will be a transition year as we continue to move through this recovery," said Glen Tellock, Manitowoc chairman and chief executive officer.

"Achieving and preserving an optimal capital structure remains a key priority for us as we capitalise on the strategic opportunities ahead of us. We continue to focus on working capital management to ensure we maintain an appropriate balance between our ability to meet growing customer demand and our cash generation and debt reduction goals," said Tellock. "We believe that our initiatives around product innovation and operational excellence position us well to leverage the recovering economy. We will continue to invest in the necessary people, processes, and technology to support our long-term growth strategy as we focus on expanding our leadership and competitive position in 2011 and beyond."