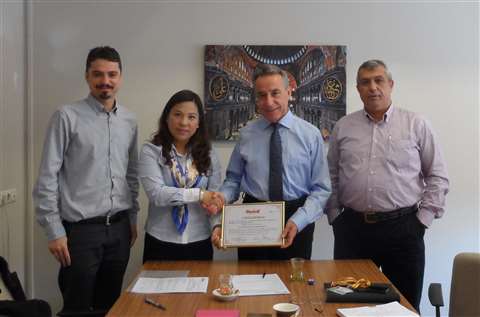 Mustafa Bilgin, İstanbul Vinç general manager, said, “Turkey is one of the markets with the most growth. The economy is booming, especially the building sector and AWP market. We will be ahead of the competition with Mantall’s quality, support and competitive prices.''

The deal between the two companies was struck during a visit by Mantall staff to the İstanbul Vinç facility in Istanbul, Turkey on 25 of April. The manufacturer also exhibited with İstanbul Vinç at the TurkeyBuild exhibition in April. İstanbul Vinç said it had already ordered five container loads of stock from Mantall.