Swedish contractor NCC has posted its highest ever order backlog, after filing an interim report for the second quarter and first half up to June 30, 2014.

CEO Peter Wågström said, “After a varied start to 2014, the trend for the second quarter was generally positive. Market conditions improved in several of NCC’s markets. Orders received were favourable and our order backlog is at the highest level ever.

"Housing sales were strong and a high level of activity prevailed in our industrial and commercial property development businesses.”

Orders received increased in the housing and other buildings segments, primarily in Sweden and Denmark. The total order backlog increased by SEK3.7 million (€400,000) to SEK 37.3 billion (€4 billion) during the quarter.

NCC saw improvement in asphalt sales and road services, where sales volumes of aggregates and asphalt rose compared with the year-earlier period. According to NCC, higher volumes and lower production costs were behind the improved results from the asphalt operations.

NCC’s housing development also continues to show growth. At the end of the second quarter, the company had 32% more housing units scheduled for completion in 2015, compared to the corresponding date in the preceding year for completion during 2014. A total of 7,600 housing units are now under construction. 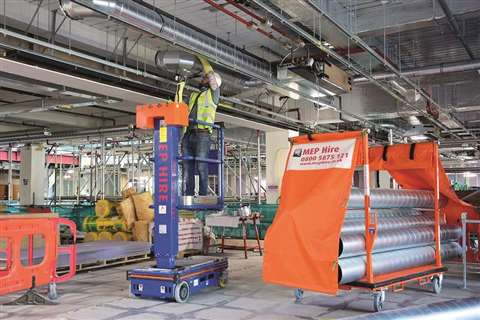