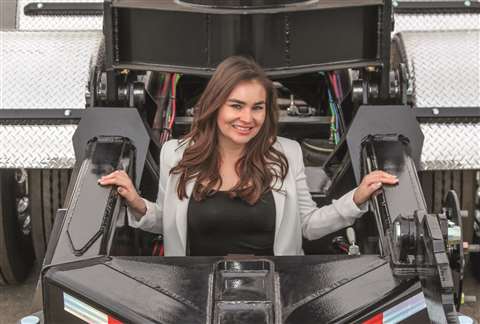 Momentum is finally starting to gather as more women join an industry traditionally dominated by men. “I see more women attacking whatever is thrown at them, head on,” said Ada Kelley, manager of Regulatory Compliance at DSV Road Transport in the USA. “Women are not willing to be pushed into the corner anymore, and they want to show other women that it’s okay to be influential. Some of the best drivers out there now are women.”

What excites Kelley most about women in industry these days is the overall perception of females, and how that impacts the future. “Women are seeing themselves as influential, and having a say, which creates confidence and influences change.” 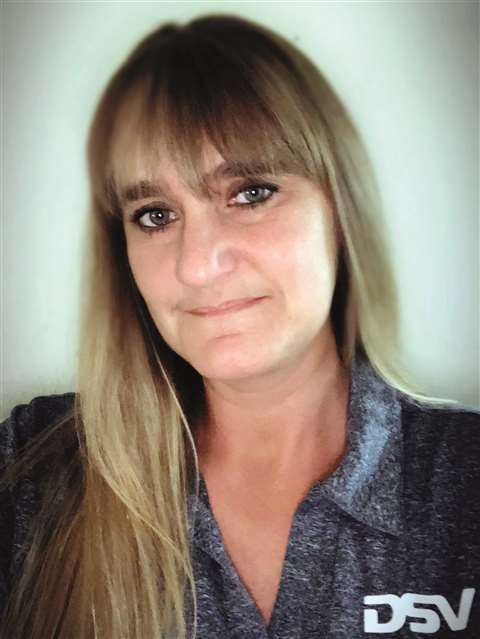 In addition to her role at DSV, Kelley is also heavily involved with SC&RA’s Specialized Transportation Symposium (STS). To her point, women drivers couldn’t have been on display any better than they were at this year’s STS back in February – when Violet Helferich, of Bennett Motor Express and Ace Doran Hauling & Rigging, received the 2017 SC&RA Driver of the Year Award.

STS 2018 was also notable for its theme, Women in the Industry, itself endorsed by a powerful opening session titled, How Changing Your Company’s Values and Hiring Practices Can Lead to Greater Success. It was led by Kim Yeager, director of marketing and member relations at the Nevada Trucking Association. She engaged Marcia Taylor, CEO at Bennett International Group, and Ellen Voie, president and CEO at Women in Trucking.

“By earning that Driver of the Year award, Violet serves as a great example of how a female can be a leader and influencer in this industry,” said Amanda Baker at Logistics Dynamics, Inc. “There were also a substantial number of women who were selected to be in the SC&RA Leadership Forum at STS. Having females receive major awards and sit on panels goes to show we have the capacity for leadership and influence in the industry, and are gaining traction because organisations like SC&RA and Women in Trucking are creating a platform for females to be noticed.”

Baker sees women impact the industry in numerous ways on a daily basis. “Some of our biggest customers have a female at the helm of major projects,” she confirmed. “These women organise and control some of the largest and most economically impactful building and infrastructure projects in the country. Including women will only benefit growth and success in our industry overall. Skills are skills, despite gender.”

All skills considered, during her presentation at STS, Taylor pointed to a common theme that women in industry often discuss amongst themselves: respect. “They have to work hard for it,” she noted. “I think there’s a balance a woman must pursue in order to keep her softer side while remaining strong enough to present herself in a way that leads to success in this industry.” 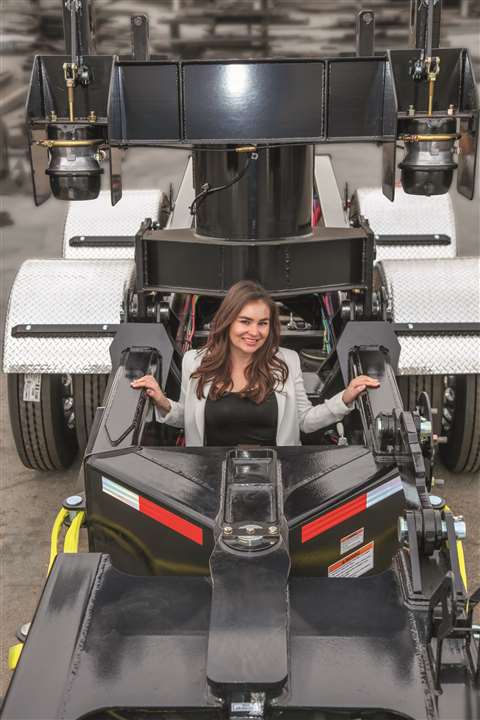 Crystal Dieleman, at TransWorld Manufacturing, can relate. “Society taught us that trucking and heavy equipment are masculine jobs, so people (both men and women) might test you in some way to see if you know what you’re talking about,” she said. “Until there are more women in this industry, women will probably have to try a little harder and know a little bit more to earn respect. But that comes with the territory.”

Dieleman’s advice for companies looking to attract and retain women into their workforce starts with the culture. “I’ve visited offices where women are an integral part of the organisation, and I’ve been in places where I haven’t seen another woman. It may seem daunting to hire a woman in a place where there aren’t (m)any female role models but, if the environment is inclusive and supportive, there’s no reason a woman wouldn’t succeed. But I think everyone at the company has to be on board, not just the HR department.”

Respect and the road ahead

Kim Douvier worked at Anderson Trucking Service (ATS) in the USA from 1989 to 2010. She is now at Silk Road Transport, Inc. In nearly three decades, she has seen the role of women in the industry evolve dramatically. 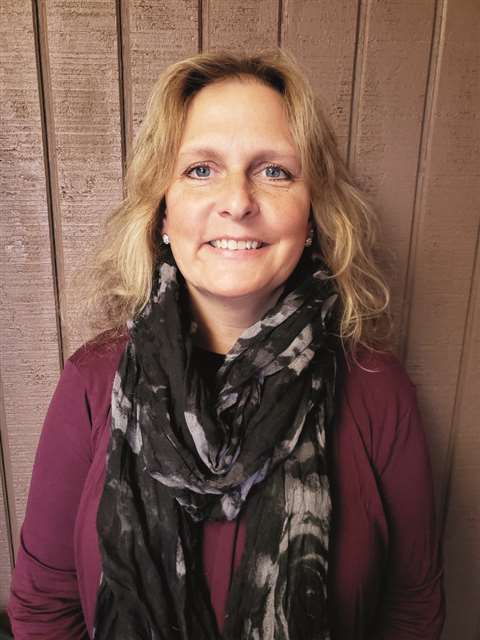 “When I first started, most women were just in customer service, taking the orders, but even that was still male dominated,” she indicated. “But as the years went by, it was fun to see the females start to come in – especially how they approached the job – whether it was customer service or how they’d approach the details on the dispatch side – communication with the drivers, etc.

“I discovered how women and men in this workplace really balance each other out. I see the women bringing new dynamics but it’s a complement, without a doubt, and that has led to more opportunities. I’m excited to see where it will go. At STS earlier this year, it was great to sit in on that session. I learned so much from Barb Anderson in my time at Anderson. I saw Patty McTyre up there, and many others. Seeing these women who’ve been in the transportation industry for a long time – it gives those of us who are maybe coming up behind them hope that there’s room to expand and grow in the industry.”

One thing Douvier emphasises – concerning the respect issue – as well as how to navigate an industry still often crowded with men, is not taking certain things too personally.

“I’ve realised that what might seem like an issue or struggle that someone might have with me is actually not my struggle – it’s theirs,” she said. “That said, I think as women, what we need to remember is to be confident and strong in what we know and who we are and stand firm – but also to let people guide us and listen to them and respect them. In turn, I think when respect is given, it is often returned.”

From a former ATS employee to a current one – Joanna Jungels at ATS Specialized, feels that women bring additional perspectives and skill sets that influence how they contribute. “Diversity is most beneficial when it is embraced for the values it brings,” she stressed. “If we choose to look at diversity from a negative perspective, we will mostly see the adverse impacts. When viewed from a constructive, positive outlook, it will continue to return growth and build a foundation for sustainability.”

Like Dieleman, Jungels explained that it’s no secret that women in industry have to work hard to earn respect, but she also feels that it sometimes arrives in unique ways. “It’s not always traditional: to me it is being valued, being a team member and an asset contributing to successes. I have certainly experienced disrespect but those moments speak more of those individuals that show disrespect than of being a female.”

Looking at the role women will play in the future of industry, especially considering current workforce challenges, Jungels sees it as all hands on deck.

“Each generation in the workforce has been through experiences that play a large role in how they work, think and live,” she said. “It will take everyone working together to find solutions – continuing to motivate one another. We need more women and men. We need critical thinkers, innovation, input, balance. Let’s redefine roles and help identify these challenges together.”