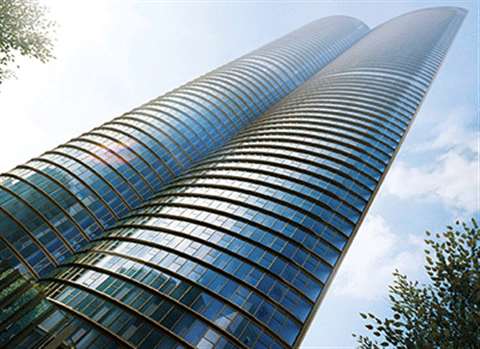 Chinese developer Greenland Group has awarded a Pre-Construction Services Agreement to Aecom Tishman – the high-rise construction branch of US-based engineering firm Aecom – for the main construction works on the £800 million (€915.97 million) Spire London tower in the heart of London’s Docklands.

This will be the fifth time the two firms have worked together, and Aecom has already provided some support in the first phase of this project, since its launch in October 2016.

The building process is reported to be on schedule, with work due to start on the basement and main build by the end of 2017.

Bachy Soletanche, the appointed pilings contractor, is scheduled to complete works by November 2017. The company has been given the responsibility of delivering the geotechnical package on the development, and was said to have set a new UK record for static load testing of piled foundations, achieving a maximum loading force in excess of 100 MN, using the Osterberg Cell technique.

Designed by architects Larry Malcic and Christopher Colosimo of the architectural practice HOK (formerly Hellmuth, Obata and Kassabaum) and the interior designer Nicola Fontanella of Argent, Spire London is set to be the tallest residential tower in Western Europe, at just over 235m in height. Its 67 storeys will be divided into 861 apartments and penthouses.

Spire London is scheduled for completion by the end of 2020.