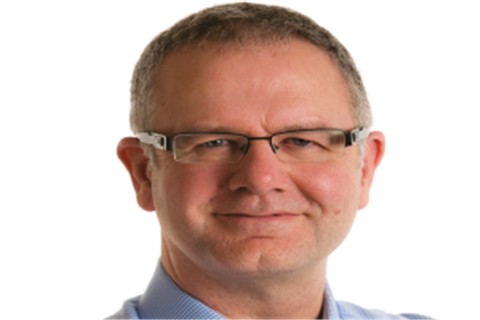 In recent weeks we have seen the completion of Lavendon Group’s acquisition by Loxam and, at the smaller end of the scale, the acquisition of Supply UK and its 25 tool and specialist hire centres across the UK. So does this represent some new wave of opportunity for would-be investors in the UK rental industry?

Let me offer some personal views on this. The UK remains Europe’s largest equipment rental market and, in the main, has offered better financial returns for investors than most other European markets (with the Nordics being the only area that, structurally, has produced stronger average returns on capital over a twenty year period).

This, I suspect, is down to the UK market having been around for a rather long time and, consequently, possessing a fair spread of experienced management talent who understand the essentials of how to make money from rental.

Whilst Speedy and HSS have had well-covered financial challenges of their own in recent years, this would not be reflective of the wider market and is more likely to be down to execution issues than market structure.

However, another side to the UK is that it has a hugely competitive (and simply huge) financial sector, relative to the overall economy. The financial sector offers asset-backed lending, traditional debt lending and private equity structures of various types to UK companies. This, in turn, means that capital is relatively freely available to rental businesses and, as a consequence, there is a tendency for the market to go through periods of overheating as more new entrants come into the market and are able to source equipment at attractive rates, with relatively little collateral.

The UK was one of the most deeply affected rental markets during the last financial crisis along with Spain (which has a similarly disproportionate scale of hungry financial investors) and this must surely have been influenced by the levels of unsecured leverage generally present in the UK rental sector and consequent oversupply.

Whilst this normalised in the years after 2008, I hear more recent anecdotes suggesting that the market is, once again, awash with finance and this is usually a precursor to some kind of market correction.

Of course, the other side of this is the current weakness of Sterling. If there are periods of correction it is incredibly helpful to be able to offload excess equipment to other markets, via auctions or traditional traders. With the Pound at its current level, older ex-UK equipment is very attractive for international traders and it could be that this route would provide a pressure release valve for any demand imbalances that occur in the next couple of years.

The other point to make is that Loxam’s acquisition of Lavendon is only partly about the UK. It does give Loxam a much larger and very stable, profitable position in the UK market, but it also gives a platform for expanding the broader Loxam offer into the lucrative Middle East market.

Furthermore it offers Loxam a depth of powered access management expertise across the Middle East and Western Europe, which is probably superior to its own and, if organisationally exploited, offers the possibility of bringing returns levels from the Loxam legacy fleet up to the levels historically achieved by Lavendon. If it is able to pull off both of these opportunities (and it’s a big if) then its investment will look to have been very successful.

So the UK is not a bad place to do business. It has a pretty solid and resilient rental market, although it does suffer from financial overheating on a periodic basis. It is likely, in my view, that the Brexit process, along with a weaker Pound, will have some dampening effect on construction demand in the near term.

However, neither Boels nor Loxam are making these investments for the near term. In that respect they probably have a natural advantage in the market, as UK companies have tended to be more short-term-minded in nature, sometimes looking more at where they are likely to be able to sell their business, rather than building a business for future generations. For any business determined to stick around and do the right things, there is money to be made.