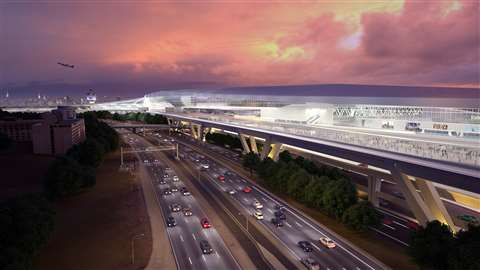 The Port Authority of New York and New Jersey has approved a US$32.2 billion Capital Plan.

600 infrastructure projects will receive investment over the next 10 years, boosting the regional economy and creating hundreds of thousands of jobs, according to the Port Authority.

The main aims are to renew existing assets, expand capacity, improve connectivity, foster partnerships and deliver projects that are currently under construction.

One important aspect of the plan is to modernise the region’s airports. For example, US$2.5 billion is being spent redeveloping LaGuardia’s Terminal B and US$2.4 billion will go towards renewing Terminal A at Newark Liberty International.

The renovation at LaGuardia Airport will include the building of a new AirTrain that will offer direct rail access between LaGuardia and New York for the first time. Rail services to and from Newark Liberty International Airport will also be improved with a US$1.7 billion extension of the Port Authority Trans-Hudson (PATH) rail network to the airport’s Air Link Station.

Also significant is the US$3.5 billion replacement of the Port Authority Bus Terminal, which will be built with a scalable design to accommodate growing passenger traffic.

This increase in traffic has also been putting pressure on bridges over the Hudson River. US$1.4 billion will be used to restore the George Washington Bridge (which is already the busiest bridge in the world) and Goethals Bridge will be replaced at a cost of US$1.5 billion.

During its 2017-2026 lifespan, the plan is expected to generate US$20 billion in total wages and US$56 billion in overall economic activity.