The company established to construct Nord Stream 2, NSP2AG, has issued a notice of dispute to the European Commission and is requesting an exemption over new tariff regulations expected to come into force this summer. 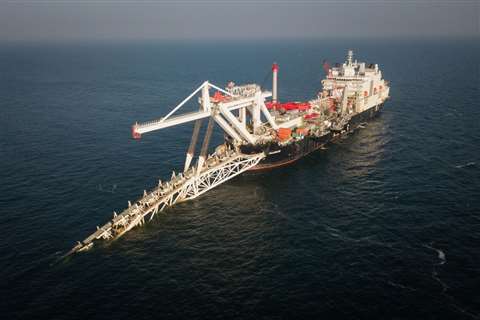 In a letter to Jean-Claude Juncker, president of the European Commission, Nord Stream 2 chief executive Matthias Warnig raised concerns regarding the impact of the amending directive.

The directive relates to gas pipelines to and from third-party nations (also known as Import Pipelines) and aims to bring them under the regulations of the EU’s Gas Directive. It is applicable to gas pipelines that are incomplete.

The Nord Stream 2 pipeline, which has a total length of more than 1,200 km, is not scheduled for completion until after the amending directive comes into effect. The gas pipeline, which runs under the Baltic Sea, from Russia to Germany, includes a 54 km stretch in territorial waters belonging to Germany.

As owner and operator of the entire Nord Stream 2 pipeline, NSP2AG said that the amending directive would see the section of pipeline in Germany’s waters become subject to unbundling rules, inter alia rules, third party access and tariff regulation (at least in principle). The company also made a claim under the amending directive’s Article 49a, which allows completed pipelines to be exempt. In his letter, Warnig argued that the definition of “complete” was unclear and said, “the measure would be discriminatory against NSP2AG as an investor and Nord Stream 2 as its investment.”

The Switzerland-based company added that if the amending directive were to be adopted, with no other steps taken to make NSP2AG eligible for derogation, that this would be a breach of the EU’s obligations under Articles 10 and 13 of the Energy Charter Treaty (ECT).

Politico also reports that NSP2AG began work on the pipeline without the correct permits. The company has already laid over 1,000 km of pipeline but still needs permission from Denmark, which has demanded that the pipeline take a different route.

NSP2AG said that, when completed, the Nord Stream 2 is expected to deliver 55 billion cubic metres of gas a year into Europe, which is double the capacity of the existing Nord Stream 1 pipeline. The company also said it has already contributed €3 billion to the EU economy and that the construction and operation of the pipeline is expected to create over 31,000 jobs.

Warnig said the amending directive had been approved by the European Parliament but that it still needed approval from the Council of the EU. He also requested that Juncker respond by the 13 May, 2019.