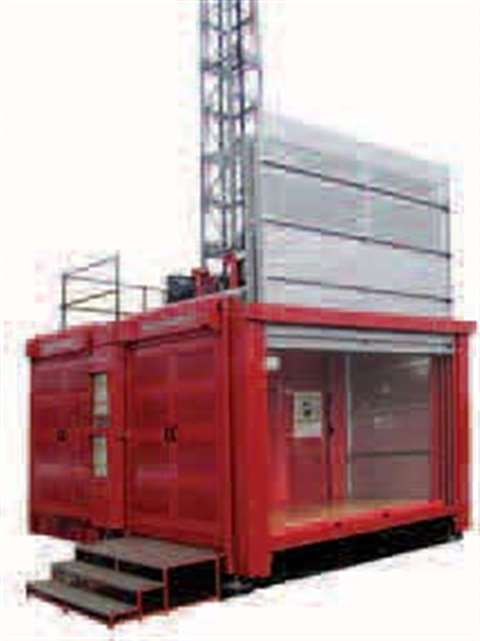 One clear indicator of market growth is a rise in utilisation rates, and there is no misunderstanding Erik Bengtsson, area manager for aerial equipment with rental market leading Cramo AB; “The market is really, really good at the moment. Our utilization rate is the highest ever.” The other rental giant in the region, Finnish-based Ramirent, also sees growth, primarily as a result of new laws and new construction methods. Manufacturer JLG concurs, saying construction activity is pulling its equipment, including its new high-reach 1250 and 1350 models, into both rental and construction companies in the region.

Regional manufacturers are experiencing strong growth as well. Lars-Petter Godenhielm, managing director of trailer manufacturer Dino Lift in Finland, saw growth of 40% in 2004 in Scandinavia and Finland and expects the same this year. Overall sales are “tremendously strong”, he says, “I expect this year to sell 600 units.”

Bronto Skylift, meanwhile, is enjoying increasing orders its big truck-mounted machines. Its 2005 sales are up 30%, driven by acceptance of new products amidst signs that telecommunications companies are starting to install antennae for new 3G-telephone technology. Surpluses of large machines in rental fleets, accumulated in the late 1990s and early 2000s in anticipation of a telecomms boom, are less of a problem now, says the company's sales manager, Jan Denks. In fact, fire fighting and industrial sector demand has stretched Bronto's delivery times to seven months.

Fleet growth is coming not just from purchases, but also from extending the life of older machines. Cramo's refurbishment activity is up an estimated 20% and is helping to offset the region-wide equipment shortage and long delivery lead times. Seven- to ten-year old, high-cost units, such as diesel scissors and boom lifts, are receiving complete overhauls, including engine replacement and total paint jobs, to extend service lives by five years.

Another explanation for investment in new equipment is regulations, or, in some cases, a more stringent application of an old regulation. A years-old Swedish law requires hoist and stair access to be used on the construction of large buildings which are three-storeys high. According to Cramo product area manager, Jan Isgard, “Unions are now saying more and more projects are big enough to require the additional access.” As a result, Cramo has added 30 Geda 500 ZP hoists to its fleet this year.

And of course, fleets grow along with their owners. Ramirent, for example, continues to expand its Swedish presence, selling its 50% stake in Stavdal Lift AB and opening a new depot in January. Its fleet, then at 130 machines, now numbers 220 and will grow to 650 by 2006. Ramirent is also growing by acquisition, acquiring Hyrgruppen Sverige AB, a privately owned, SEK 37 million (4 million) rental business with five depots in the Malardalen region.

One side effect of rental consolidation is an increase in the size of orders. Dino Lift observes that customers are now buying through its Finnish

Office for the entire region. Hence, one negotiation and “the price is right for all”, says Mr Godenhielm, “A company either buys in any given year, or it does not”.

Operator training is also an expanding business in the area, and it can have its commercial benefits. As Cramo's Mr Bengtsson observes; “We need to do it. It puts us closer to our markets. We learn about them and they learn about Cramo and our equipment.”

If growth is currently healthy, what are prospects for the future? General economic factors are important here, of course, but several major construction projects already bode well: a gas processing plant (part of the Ormen Lange project) near Molde, Norway; a 60000 m2 central warehouse in Helsingbor, Sweden for food company ECA; and a nuclear power plant, just begun, in Finland.

Some also think a move in Denmark to invest in wind turbines may prove to be a bigger access market in the longer-term than telecomms masts was thought to be. Caution should rule there, perhaps