Demolition and civil engineering contractor O’Keefe has ordered 26 machines from leading manufacturer JCB at a cost of almost £2 million (US$2.65 million). 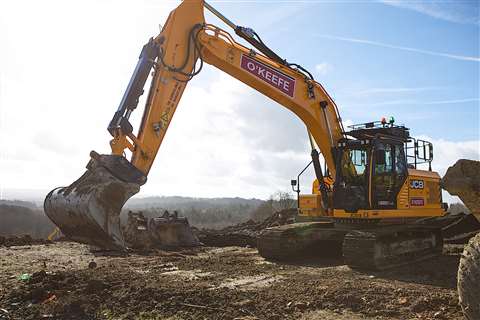 It’s the biggest order O’Keefe has placed with the equipment manufacturer to date and includes crawler excavators with XD demolition specification. Tracked excavators ranging from 14 to 37 t were also included in the deal as well as compact excavators and a Loadall telescopic handler, which were purchased from JCB dealer Greenshields.

Lee Horsley, managing director of O’Keefe, said the equipment acquired by its plant division would be used across its “core services including bulk earthworks, demolition, groundworks and soil stabilisation.”

Several of the machines have already been delivered to United Kingdom-based O’Keefe. They are currently in use London on both the Thames Barrier and Wembley Park Regeneration projects.