Over 30 machines from Komatsu 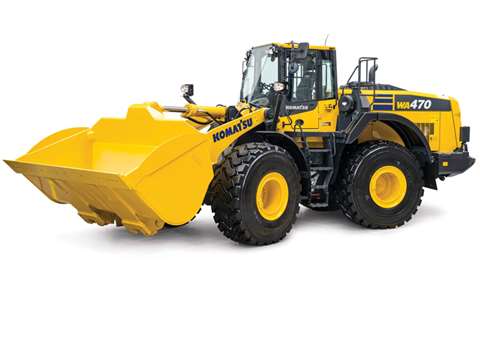 On a 4,500m2 indoor stand, Komatsu will present its latest models, from utility to quarry and mining machines, along with a new range of attachments.

Machines will include recently launched Dash-11 excavators, new wheeled loaders with an auto-digging system, and fuel saving features for all machines.

The WA470-8 wheeled loader is described as a utility performer with a Stage IV engine and fuel consumption claimed to be up to 8% lower than for the WA470-7.

The WA470-8 will be showcased with a new auto-digging mode, a new E-light work mode and with Komatsu’s redesigned digging bucket, which it claimed improved penetration and was easier to fill. It added that the combined enhancements greatly increased operating comfort, boosted the new wheeled loader’s productivity and could reduce fuel consumption by up to 8%.

Among the excavators, the new PC138US-11 short tail swing hydraulic excavator has an operating weight range of 13,400 to 14,467kg.

Komatsu said the machine’s short tail swing radius made it an ideal machine for safe working in confined work areas such as single-lane traffic or urban environments.

The Komatsu PC170LC-10 excavator will be on show, with a Low Ground Pressure (LGP) undercarriage. Launched on the European market in 2015, the PC170LC-10 is said to provide improved performance and up to 5% more lift capacity with a standard counterweight when compared to the PC160LC-8.

The Komatsu PC210LCi-10 excavator was first presented at Bauma 2013, and then officially launched on the European market in November 2014. It integrates Komatsu’s intelligent machine control technology.

The PC210LCi-10 machine control and guidance features will be demonstrated together with a new Komatsu tilt bucket. The bucket uses integrated stroke-sensing tilt cylinders to determine accurate positioning.

Komatsu Europe will also present its new D85EXi/PXi-18 dozer. It said it was the latest in a growing range of machines equipped with intelligent machine control technology.

It said that the system was fully integrated, so there was no need for operators to climb on the blade to install or remove GNSS antennas, no coiled cables to snag and no electrical connections to worry about at the start and end of each shift.