The U.S. as a whole saw cement consumption grow by 3.6% year-over-year in 2021, the Portland Cement Association (PCA) announced during a press briefing at World of Concrete 2022. The uptick was largely driven by the residential sector. 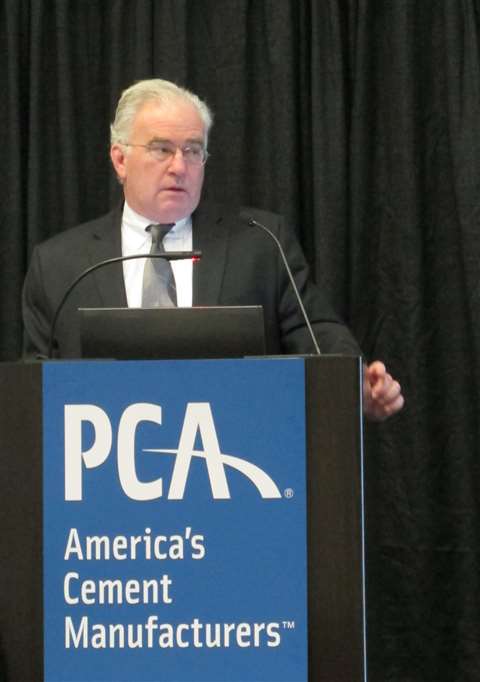 Ed Sullivan, senior vice president and chief economist for the PCA, said the U.S. is poised to spend $1.2 trillion on new and rehabilitated infrastructure projects, consuming 46 million metric tons of cement over a five-year program, with a quarter of that spend going toward roads and bridges.

The Infrastructure Investment and Jobs Act of 2021 (IIJA) is the leading factor behind the increasing demand for construction materials, Sullivan said.

Sullivan also noted that mortgage rates are on the rise in the U.S., and looking ahead to 2023-2024, cement consumption will be driven by non-residential and public works. As a whole, the U.S. reported real GDP of 6% in 2021, and the PCA is forecasting 4% for this year.