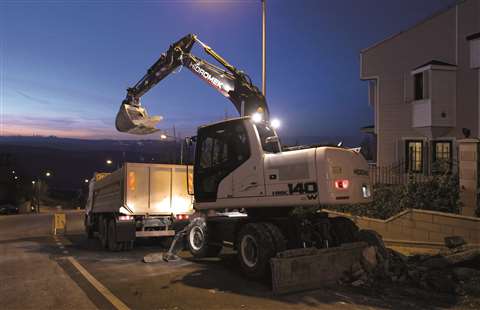 The Hidromek HMK 140 W will be at Intermat

Turkish manufacturer Hidromek said it aimed to meet all the needs of customers under one brand, and having invested in its product range with R&D and design work recently, it will be exhibiting some of its new machines at the show.

After the HMK 600 MG motor grader and HMK 640 WL wheeled loader were added to its product range in early 2017, Hidromek now has the HMK 130 CS soil compactor, HMK 60 CR midi crawler excavator, and HMK 145 LC SR crawler excavator – all to be launched at Intermat 2018.

Its excavators, loaders, hydraulic excavators and motor graders are manufactured in five production facilities, including four factories in Ankara, one in İzmir and one in Thailand. In 2017, part of its new production facility located in an area of 1 million m² started up in Ankara.

On top of this, Hidromek will debut its new additions. It said that the HMK 60 CR crawler excavator transferred the ergonomics of heavy class machines to midi excavators, with joystick and console ergonomics at the same level as heavier excavators.

It added that the same was true of the HMK 145 LC SR crawler excavator. Both use the Opera operator interface, which is used to facilitate the easy use of the machine.