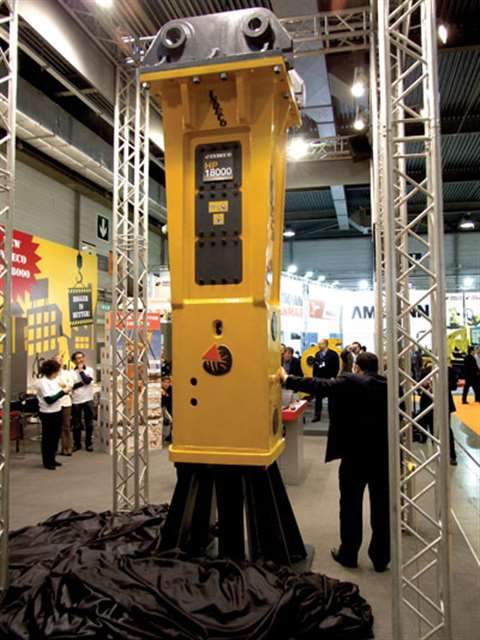 According to Indeco, "The new automatic power and speed variation system makes the new Indeco breaker more sensitive and more adaptable to the material it is demolishing. Also, the CDPS, or Collateral Damage Prevention System, sends a signal to the operator if the breaker is operating in sub-optimal conditions, warning him to stop working so as to prevent any damage."

The new model was unveiled at the Samoter exhibition in Verona, Italy in early March. A second unit was on display at the ConExpo exhibition in Las Vegas, US a week later and this hammer will soon go to work on a foundations project in Manhattan, New York, for Urban Foundations Engineering.