Crane and construction equipment maker Sany has handed over a 4,000 tonne capacity crane to a Chinese customer at its Huzhou factory. 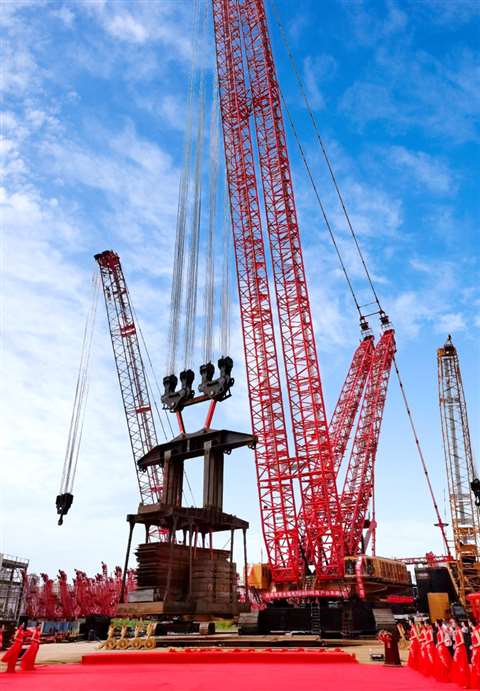 A ceremony on 21 May marked the handover of a 4,000 tonne capacity crane to a Chinese customer at the Sany factory in Huzhou, China.

The SCC40000A is a crawler crane with twin lattice booms. Its maximum load moment rating is given by the Chinese manufacturer as being 90,000 tonne-metres. It can lift 2,000 tonnes to a height of 100 metres, the company said.

Petrochemical, chemical, marine engineering, nuclear power, and wind power are key industries for these large crawler cranes above 2,000 tonnes capacity. Sany said in August 2019 it signed the order with a company operating in this sector from Shandong Province and “…delivered this giant as scheduled after half a year of calculation and verification.”

Final testing of the crane with 120 metres of boom will be followed by dismantling and transport to Shandong for work on a nuclear power plant project. Transporting the crane takes 150 trailer loads of 30 tonnes each.

Instead of a wheeled superlift counterweight wagon the SCC40000A has one on double crawler track units. Sany said the crane carries more than 20 patents, two of them international. Fewer than 10 crawler cranes above 3,000 tonnes capacity have been produced in China, Sany said, with even fewer than that in the 4,000 tonne category. 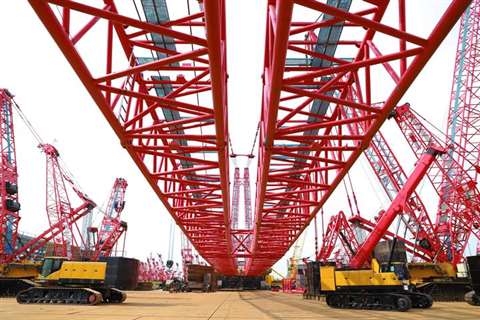