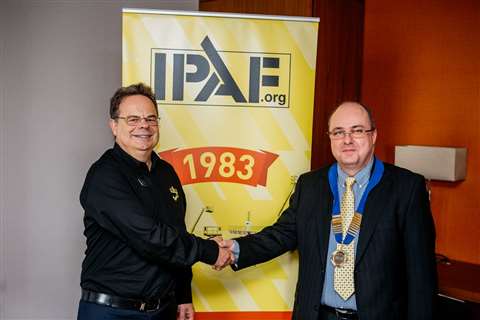 The newly elected President of the International Powered Access Federation (IPAF) has used his inaugural address to call for the industry to attract more young people by creating apprenticeships and raising the profile of the career opportunities on offer.

Nick Selley, Group Business Development Director at AFI-Uplift, said, “Young people are the future of our industry. They are the leaders of tomorrow, and during my presidency I will be strongly promoting the need for our members to further develop their apprenticeship programmes.

“In my own company AFI, one in eight of our employees is an apprentice and we will be looking to continue this in the future. The hire industry creates very good opportunities, but IPAF needs to increase the industry’s profile to encourage more young people to come on board.”

The incoming IPAF President, chosen at the organisation’s AGM in London, UK, on 4 April for a two-year term, added, “I’d like to thank outgoing President Andy Studdert for his excellent stewardship of IPAF and in particular for his contribution to the launch of the IPAF online training programme.

“When it comes to training IPAF is certainly relevant – our accredited courses are fundamental to the industry. But we need to be more proactive in raising industry standards. We don’t just want to report accident statistics – we also need to develop initiatives to reduce them. Safety is paramount and our members need to believe in these values.

“And if IPAF is to be relevant to the industry it cannot act in isolation. That is why I will be seeking to develop closer collaboration with other industry groups in the UK and overseas, to ensure that IPAF is central to industry developments.”

Nick Selley has been Group Business Development Director at AFI-Uplift Ltd for the past 14 years, and previously held similar roles at Zooom platform rentals in Germany, Nationwide Access Ltd and British Gas.

He succeeds Andy Studdert, CEO of NES Rentals, who served as President for the past two years and now joins the IPAF Council ex-officio in a newly created non-voting role of Immediate Past President. Brad Boehler, President of Skyjack, was elected Deputy President of IPAF, and Riwal’s Norty Turner becomes Vice President. Tim Whiteman continues in his role as CEO and Managing Director of IPAF.