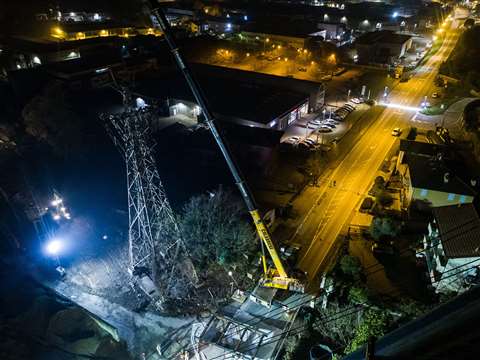 The cement works and factory had been shut down for a long time, so the service connection from the quarry to the factory plant was no longer needed, leading to the decision to demolish the cable way that provided the connection.

This iron structure was located above a main road and a municipal road, and literally passed over the roofs of two houses which were to be protected and not “demolished” during the works.

Despe lowered the bridge to about 8 m (28 ft) from the ground and then moved it to a field away from the roads and the two houses, which were not touched in any manner. 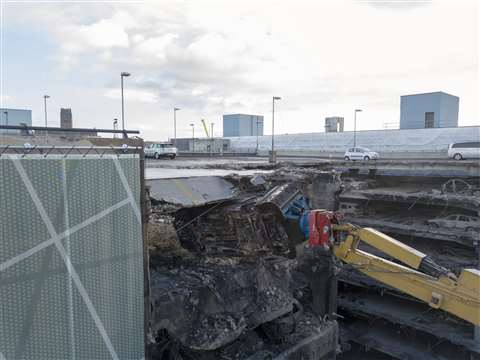 Howard Stott Demolition was enlisted to help in the aftermath of the devastating fire at Liverpool’s Echo Arena car park, which took place in 2017 during the “Annual Horse Show” when the car park itself was occupied by almost 1,400 cars.

Following a site visit it was identified that the only safe recourse would be full remote demolition using high reach excavators as the structure was showing signs of substantial movement.

Tandem high reach work was carried out to all the outer elevations to further assist the support of the structure given its proximity to other assets. The building was brought down without incident other than the pre-planned structural collapses in the fire damaged core. 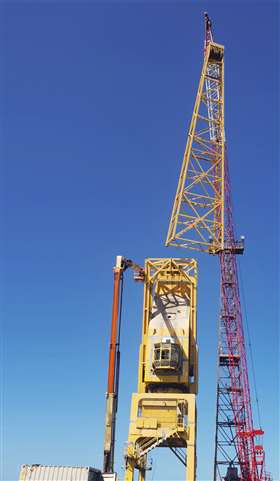 Liberty Industrial carried out the demolition of a 200 t shore-crane located at the end of a port jetty. The crane was dismantled in situ, top-down using a mobile crawler crane situated on the jetty, directly alongside the redundant jetty crane.

The structure was progressively dismantled following an engineered sequence designed to ensure the structural integrity of the jetty crane. Sections of the crane weighing up to 45 t were rigged to a mobile crane, separated from the remaining structure and lifted down for downsizing and removal. 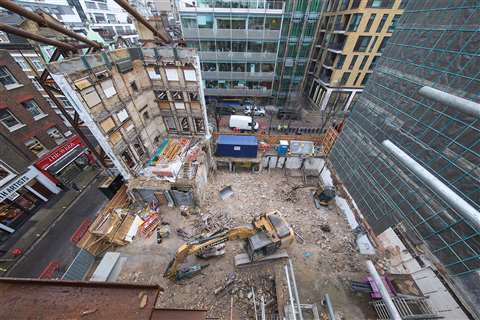 Broadwick Street was challenging enough in theory, as the façade of one of two buildings to be demolished had to be retained on what was a tight site with an unstable adjoining building in London’s busy West End. But it proved additionally so in practice as the project threw up some unexpected tests.

These included a change to the proposed party walls’ walling beams fixing details when a contractor working in an adjacent building started removing internal walls and floor plates. Then the poor condition of the brickwork and the pointing on the party wall necessitated the installation of 15 t of 1 m (3ft) anchors, which had to be installed by a specialist contractor.

In addition, in the basement, underpins were discovered from an adjacent building that undermined the foundations of the existing site and these had to be diamond cut and drilled to minimise vibrations for the neighbour.

The project was completed with no incidents or accidents and a recycling rate of 98%.

Two five-storey 100-plus year old hotels in Sacramento, California needed to be demolished to make way for an 11-storey hotel. To maintain the existing building’s historic legacy, two brick facades had to be retained.

Work included hand wrecking 5 m (16 ft) sections of 110 interior plaster walls that intersected the facades. Demolition crews air gapped the roof and each floor along the two retained elevations to prevent the transmission of vibrations to the retained facades.

There were no injuries or safety incidents.