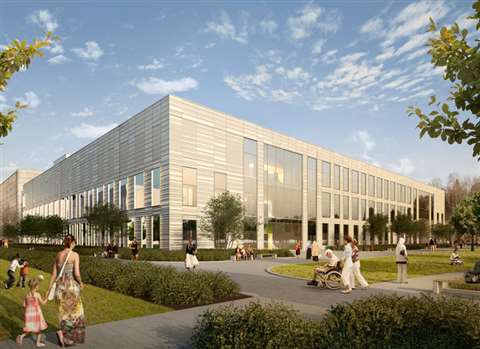 Artist's impression of the Karolinska University Hospital in Huddinge, Sweden.

Swedish contractor Skanska has signed a SEK1.2 billion (€130 million) contract to build a new hospital at the Karolinska University Hospital in Huddinge, Sweden.

The hospital will include around 29,000m² of floor space, with 23 operating rooms, a sterilisation centre, eight intervention service rooms, 21 X-ray examination rooms and support areas.

The company said it would include the €130 million from the project to its order book for Skanska Sweden’s third quarter results.

Construction of the hospital began in June this year and is expected to be completed in 2019.